Lana Del Rey’s camp has denied reports that the singer’s spring tour was canceled due to backlash over her panned performance on Saturday Night Live last month. 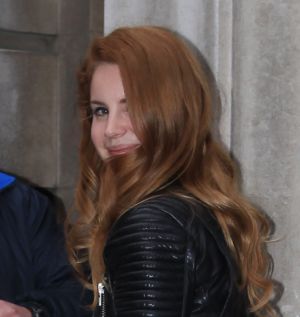 A rep for controversial crooner Lana Del Rey is hitting back at reports that the singing star postponed her spring tour in the wake of her disastrous appearance on Saturday Night Live last month.

The New York Post set off the rumor mill on Tuesday, when it claimed that the puffy-lipped “Video Games” singer had been set to hit the road next month, performing 30 dates across the country at small venues for 1,000 to 3,000 ticket holders. The tour was put on ice after tour managers, booking agents and label heads at Interscope Records caught wind of Lana’s bizarre appearance on SNL, the paper alleged.

“[Lana] and her manager decided to cancel [the tour] after SNL,” a source said. “She was very upset. They figure it allows time for her to clear her head, then go back to selling tickets. More importantly, they figure, the extra time gives them more distance from SNL.“

But spokesfolks for Lana say if the star isn’t going on tour, it’s because she didn’t know she was scheduled for one. Matt Hanks insists Del Rey has no plans to take her show around the U.S. until October — a plan that has little to do with the overwhelmingly negative reaction to her live performance on the sketch comedy show.

“There was never any tour in place to cancel or delay. Lana told MTV several weeks ago that she plans to tour in October,” Hanks told The Wrap Tuesday. “There has never been a spring tour announced or canceled.”

Del Rey’s much-slammed performance on Saturday Night Live is now legendary. So the show has addressed the controversy as only they know how — a character parody!

“Based on the public’s response, I must have clubbed a baby seal while singing the Taliban national anthem,” the faux Lana said, carefully smoothing her hair.

Meanwhile, the real-life Lana is laughing all the way to the top of the pop charts. Despite abysmal reviews, Del Rey shot straight to the top of the U.K. album charts Sunday with her debut release, Born to Die.

The record has become Britain’s biggest seller of 2012 so far, moving 117,000 copies. Born to Die also hit number one in 14 other countries.

After Rolling Stone magazine branded the effort “dull, dreary, hollow and emotionless” — oh, and “pop starved” too, Lana took to Twitter to say thank you to her fans for their support through the criticism.

“Your sweet words have softened the effect of even the harshest reviews. I adore you.”