Racy photos of Amy Duggar? Don’t believe everything you hear, this Duggar family member swears she’s as squeaky clean as the rest! 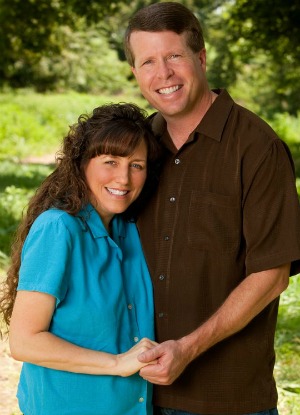 The word scandal isn’t typically associated with the Duggar family featured on TLC’s 19 Kids and Counting, so it is with surprise the public learns of a photo scandal involving one member of the clan.

Amy Duggar, often referred to as cousin Amy on the show, appears to be the victim of an extortion attempt. A woman in Iowa named Teresa Hunt claimed to have scandalous photos of the 25-year-old in a plot to extort money from TLC.

Hunt was arrested Feb. 1 after she allegedly sent TLC executives letters demanding they either cancel 19 Kids and Counting or pay her $10,000. In exchange Hunt would not release photos she claimed depicted Amy Duggar and a 56-year-old musician in “intimate situations.”

Amy Duggar, who is the niece of patriarch Jim Bob Duggar, denied the photos or any non-professional relationship exists between her and the musician.

“It’s totally untrue,” Amy Duggar told EW. “He is a longtime family friend who has always been supportive of my music career. He’s a good Christian and it’s upsetting that his generosity has been exploited like this.”

Do you believe racy photos of Amy Duggar exist?