American Idol has faced a slip in the ratings recently, but executive producer Nigel Lythgoe isn’t worried. Read on to find out what he said about competing with The Voice and those pesky Ryan Seacrest rumors. 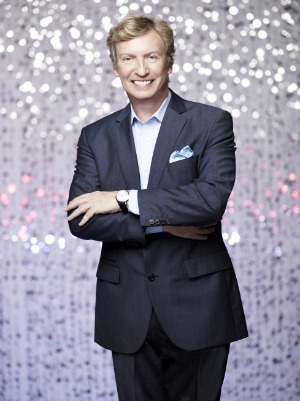 When a show like American Idol has been on the air for 11 seasons, the audience is bound to thin out eventually. That’s exactly why Nigel Lythgoe is taking the ratings slump in stride.

The executive producer recently participated in a conference call with reporters, saying, “After 11 years, I am thrilled with these ratings. We’re constantly compared against ourselves and against our own ratings.”

He went on to explain, “Of course, there’s going to be some kind of deterioration in the ratings. We’ve now got two major programs in The Voice and The X Factor against us. Whether people like them or dislike them, they’re still feeding from the same talent and it’s still going to dilute our audience.”

Speaking of The Voice. Nigel Lythgoe has no major problems with the sophomore show. In fact, he finds it “fun.”

The Brit said of the NBC singing competition show: “My thoughts on The Voice at the moment are I think it’s a fun format. It’s very gimmicky, which is interesting at this moment and time.”

He added of the judges and talent, “I particularly like the relationship between Blake [Shelton] and Adam [Levine]. Other than that, I think they need stronger talent. We’ll see.”

Nigel Lythgoe is well aware of the swirling talk that Ryan Seacrest could be exiting his American Idol hosting duties, saying, “There can always be an Idol without anybody. I’m surprised that question’s still being asked after Simon [Cowell] left us when everybody said there wouldn’t be an Idol without Simon.”

He was quick to add, “Seacrest is probably the best host in the business. Why he hasn’t received an Emmy yet, I’m not sure. I hate to think of him leaving American Idol. I think he is the glue that sticks it all together and moves it along.”

He continued, “I don’t have anything bad to say about Ryan, apart from he’s too good-looking and he’s got too much money. I just hope he doesn’t leave, to be frank with you. I think they should try and sort out a deal.”

Did you catch the premiere of The Voice after the Super Bowl? What are your thoughts on the show compared to American Idol?