Prop 8 has been ruled unconstitutional and celebrities far and wide have taken to Twitter to celebrate the news! 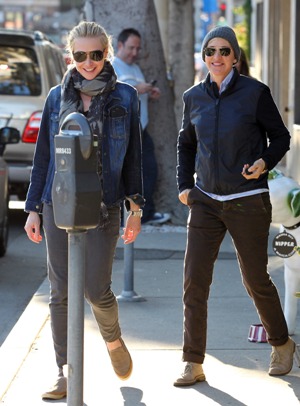 Prop 8 has been ruled by a federal appeals court to be in violation of constitutional rights. The news, which will likely send the case to the Supreme Court, has been met with much excitement and celebration from celebrities far and wide.

Of the decision, Judge Stephen Reinhardt said Tuesday, “Proposition 8 serves no purpose, and has no effect, other than to lessen the status and human dignity of gay men and lesbians in California.”

Below is a sampling of celebrity tweets sent out in reaction to the Prop 8 ruling:

@TheEllenShow: “Today we took another step towards equality. #Prop8 was found unconstitutional again. I couldn’t be happier.”

@CoryMontieth: “Prop 8 has been ruled unconstitutional! In other news, the Pacific Ocean was discovered to be wet.”

@chelywright: “I am a gay American and it’s my Constitution too. #NOH8.”

@NiaVardalos: “Bye-bye #Prop8, sorry but you’re not invited to the wedding!!”

@ChazBono: “Today the US Court of Appeals rules that Prop 8 is unconstitutional. One step closer to equality for every American.”

“Imagine what our society could be like if nobody was motivated by fear, hate, or greed. Our government might actually work for the people.”

@McCainBlogette (Meghan McCain): “Fantastic news about Prop 8 being declared unconstitutional! Here’s to freedom and equality for all Americans. #LoveOverHate #Equality.”

@SethMacFarlane: “Prop 8 architects: Every civil rights battle is eventually won by the oppressed party. Save your hundred mil and buy some Bud platinum.”