These days, there’s a lot of stigma connected with being a “Hollywood mom.” The general public often perceives them as handing off the responsibilities to hired help like nannies and assistants, and many people read tabloids and get an incorrect view of the Hollywood mother. You might not know it, but a lot of celebrity moms gracing the covers of those weeklies are actually pushing shopping carts with their children just like you in the very supermarkets selling those publications.

Lately, divorce seems to be even more rampant in the entertainment business than ever before. Many women in Hollywood are single because it’s difficult to stay married or to find someone who wants to settle down in a place that seems to be always focused on the next big showbiz project. Some Hollywood moms are adopting children and using pregnancy methods like in vitro so they can still have a family without a partner. And this isn’t just happening in show business. Women across the country in various professional fields are starting families on their own without husbands. These six women below show how to have a family in Hollywood while being strong single mothers. 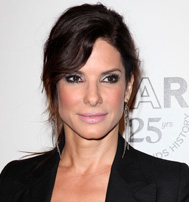 After a difficult divorce, Sandra Bullock took the high road and proceeded to improve her life. The Oscar-winning actress stayed busy with work and took on a new role as single mom in real life when she adopted a son in 2010. Bullock is thoroughly involved in her son Louis’ life, even photographed recently picking him up from school in L.A. just like other parents everywhere. 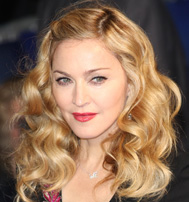 Madonna might be one of the most famous women in the world, but the single mom has always seemed to keep things well-adjusted for her four children. She’s a creative inspiration on all fronts for her family, focusing on music as well as film, recently directing her first movie W.E. She even encouraged and helped her young daughter Lourdes become a businesswoman as she launched her own clothing line called Material Girl. 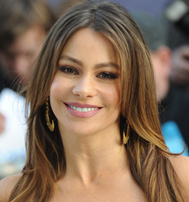 The Modern Family star seems to be everywhere these days, but her road to stardom was not easy. The 39-year-old actress is a cancer survivor and a single mom to a 20-year old son. She spoke about early motherhood in a recent interview with Redbook and said, “Instead of buying a pair of shoes, you have to buy diapers. When you have a kid, you have to be more mature.” 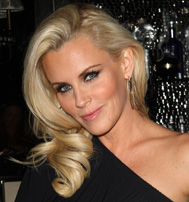 The bestselling author, activist and actress has made her way into all of our hearts over the years. McCarthy stays focused on her son Evan who in 2005 was diagnosed with autism. She has been instrumental in bringing awareness to the disease and continues to do so. McCarthy even once chatted with TIME magazine about her son’s illness and her hopes for him: “Try everything. Hope is the only thing that will get us up in the morning.” 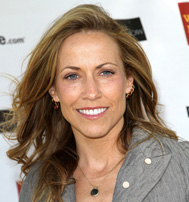 The cancer survivor, activist and mother of two sons Wyatt and Levi, is a prime example of a strong single mother. She stays focused on healthy eating and an environmentally friendly lifestyle for her family. She discussed with Parade magazine what it’s like to go on tour with your children, “It’s great! It’s just fun for me to have them around all the time. They are the people I love most and they’re teaching me every day what life really is all about.” 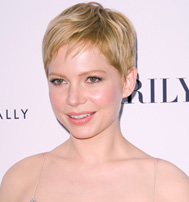 Michelle Williams became a single mom after the tragic death of actor Heath Ledger. She has raised her daughter Matilda to be a strong young girl and she holds motherhood as the most important thing in her life. When Michelle won the Golden Globe recently for her performance as Marilyn Monroe in My Week with Marilyn, she began her acceptance speech with, “I consider myself a mother first and an actress second.”