How does Eva Mendes really feel about her boyfriend, Ryan Gosling? She talks all about him in a new interview with Marie Claire. 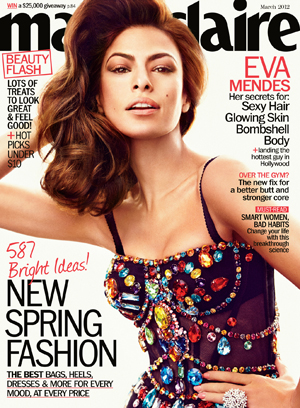 Eva Mendes is the cover girl for the March 2012 issue of Marie Claire and she’s breaking her silence on Ryan Gosling! Well, kinda — she only dishes her opinion of his acting skills.

“He’s your dream co-star,” she said, referring to the film they did together, The Place Beyond the Pines. “I have never felt so creatively satisfied on a film.”

We bet you’re satisfied in more ways than one, right Eva?

The reporter tried to push a bit on their relationship status, but the 37-year-old actress wouldn’t budge.

“Those are such boring topics to me,” she added when asked about marriage and kids. “I am not that girl. I don’t like talking about things that I want in the future because I feel by verbalizing such things, they won’t come true.”

Mendes was willing to dish on her past issues, including ones that led her to rehab in 2008. 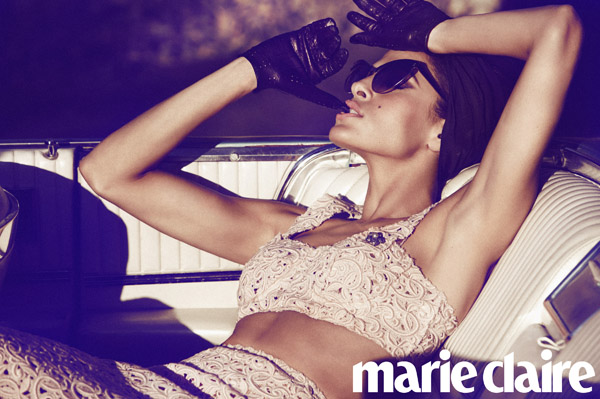 “It doesn’t matter what you have or what you look like. It’s something everyone has to work at. I realize I have contributed to a certain happy, healthy, empowered image, but that’s not all of me,” she said.

“I feel it’s important to let women know that I have similar struggles. What I tell girls is, what they don’t like about themselves now, they will probably end up loving as an adult, because that’s what happened to me. When I am complimented on things that I didn’t like when I was 13, like my overbite and my mole, that’s when you realize that your imperfections are why people love you.”

True that, Eva — but we’re still mad at you for taking our boyfriend.