Chris Brown will perform at this year’s Grammy Awards, three years after he was arrested for assaulting Rihanna. Are you pumped or pissed? 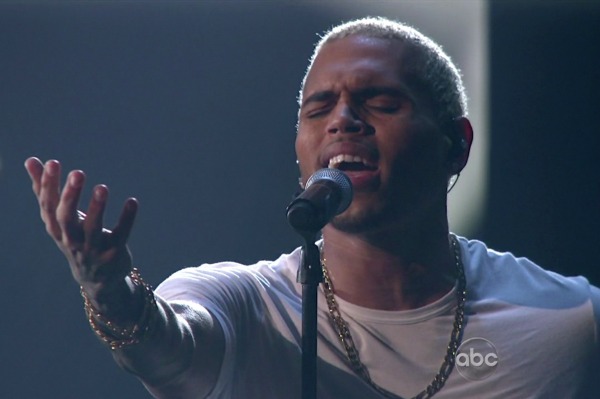 What an anniversary — and what a way to celebrate. Three years after he beat the stuffing out of Rihanna on their way home from a party the night before the 2009 awards, Chris Brown is slated to perform at this year’s Grammys.

Sources told The Associated Press that Brown is slated to perform Sunday night in an appearance that will not be formally announced before the show.

While Brown has been nominated several times in the last three years he has steered clear of returning to the scene of the crime. This year he is up for three Grammys, including Best R&B album for F.A.M.E., as well as Best Rap Performance and Best Rap Song for “Look at Me Now” featuring Lil Wayne and Busta Rhymes.

Brown will most likely run into his victim, Rihanna, who is slated to take the stage with Coldplay and is nominated for Album of the Year and Best Pop Vocal Album for Loud and Best Rap/Sung Collaboration for “What’s My Name” featuring Drake.

It shouldn’t be much of a problem, though: Last year Rihanna asked that her restraining order against Brown be altered to the lowest possible state, allowing the two to be in the same place at the same time. They are also friends on Twitter again and have been spotted partying in the same places at the same time, including a Super Bowl party last weekend. They both deny that they have rekindled their romance.

Tell us: Should Chris Brown be allowed to perform at the Grammys?