Kris Humphries says his marriage to Kim Kardashian was 100 percent real — to him, at least. As far as the Kardashian klan goes, well… He gets a little cagey on that point. 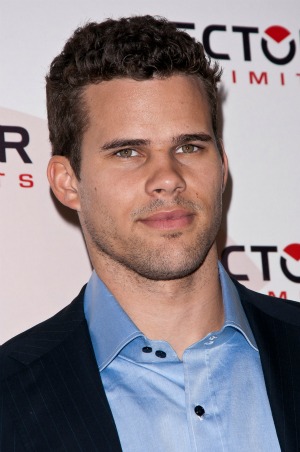 Was Kim Kardashian‘s marriage to Kris Humphries all a ploy for publicity and cash? The jury is still out, but the NBA player says if it was, he wasn’t let in on the secret.

“To me it was real,” Humphries pointedly told Access Hollywood, adding, “I would never go through something or do something that wasn’t real or I didn’t believe in, so I can really only speak for myself in terms of that.”

Sounds like he isn’t all that convinced about the motives of his bride.

Kris Humphries booed on the court >>

Humphries emphatically denied he was part of any wedding conspiracy during the interview.

“…there’s been opportunities to make money and I don’t believe in what it is,” he said. “When I was a kid growing up, it was always like, ‘Man, one day I want to have this or that,’ and you work so hard and that’s your goal, but like, when you get all those things that you wanted, those things don’t make you happy. Money only has so much — it doesn’t rule my life so I would never do anything strictly for money.”

Did Kim Kardashian set up her own marriage proposal? >>

So how is Humphries moving on from the year of the Kardashians? On the court.

“I’m in a great place, above all [thanks to] my faith in God and just… how close my family is and then the fact that… luckily, we didn’t get locked out all season and we’re playing basketball,” he said.

“Basketball is where you can just go and not think about anything and just let loose. I always tell people basketball is like my therapy. Some people talk to psychologists and stuff like that. I just need to go play basketball.”

Humphries is currently hitting the court as a power forward for the New Jersey Nets.