Boardwalk Empire is on a successful roll, but not everyone is moving forward with the HBO hit. Keep reading to see why Paz de la Huerta will not be returning. 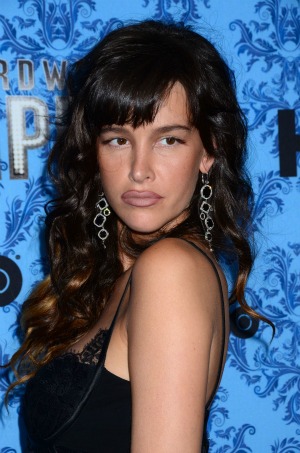 Another original Boardwalk Empire cast member has bit the dust.

Poor Paz de la Huerta will not be returning for season three. Are you shocked?

While HBO hasn’t commented, TVLine is reporting the cable channel is not picking up Paz de la Huerta’s season three contract option, which means it’s curtains for the character known as Lucy Danzinger.

If you don’t remember or just tuned in, she was known as Nucky’s (Steve Buscemi) mistress back then.

During season two, the wackadoodle was then found pregnant and living with her child’s father (Van Alden).

Once Lucy Danzinger popped out her kin, she went on the run, never to be heard from again — her child left in Van Alden’s care.

According to the report, this is the fourth original Boardwalk Empire cast member to be cut, hence, not returning for season three.

Michael Pitt, Dabney Coleman and Aleksa Palladino are also sleeping soundly with the fishes — if you’re keeping score at home.

Word from TVLine is that a number of new characters are on deck to “fill the void,” including a rival for Nucky to play off of. The rival will be played by Bobby Cannavale.

Head over to our comments section and tell us what you think of Paz de la Huerta’s exit from Boardwalk Empire!