Singer Randy Travis was arrested for public intoxication outside a Texas church. Did he simply imbibe in too much Communion wine? Read on to find out. 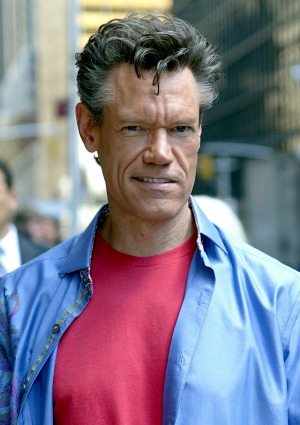 Country star Randy Travis was arrested for public intoxication last night after cops found him getting hammered outside a church in Sanger, Texas.

Travis told cops he and his girlfriend got in a fight and that he left to cool off. (Did you know that Super Bowl Sunday is rumored to be the day of the highest number of domestic abuse incidents in the country?) When cops stopped to check out the “suspicious vehicle” they found Travis alone with a half-empty bottle of wine.

“Mr. Travis’ speech was slurred and I was beginning to have a hard time understanding what he was saying…” the arresting officer wrote in his report. “Mr. Travis was unaware of his location and kept asking me to take him home.”

“We had Mr. Travis step out of the vehicle and as he did he stumbled as he tried to walk.”

The singer was then taken into custody and booked into the Donton County Jail.

Travis apologized for his actions today, blaming his misdeeds on partying a little too hard during the big game.

“I apologize for what resulted following an evening of celebrating the Super Bowl,” Travis said in a statement provided to the media. “I’m committed to being responsible and accountable, and apologize for my actions.”

The “Forever and Ever, Amen” singer was cited and released shortly after.