Woody Harrelson thought he’d be getting simple questions when he signed on for a Reddit “Ask Me Anything” chat. Instead, we’re left wondering if Harrelson is just another dirty old man. 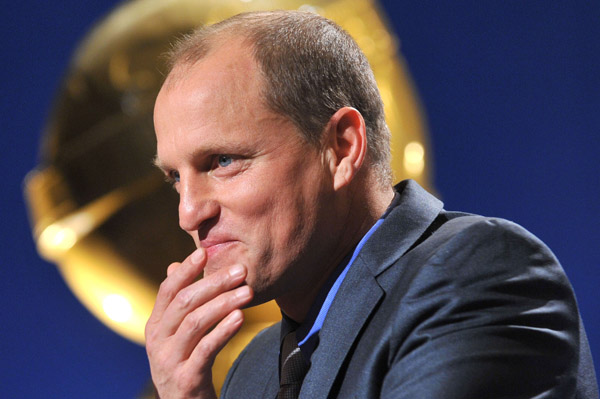 It’s safe to say that Woody Harrelson didn’t understand the beast that is Reddit before he signed on to chat about his new film. The actor — promoting his new corrupt cop film Rampart — took part in one of the bookmarking site’s “Ask Me Anything” sessions.

It turns out Harrelson wasn’t sincere about that “anything” part when one user asked him about a sexual tryst with a high school girl.

“I swear this is a true story. I went to a high school in LA and you crashed our prom after party (Universal Hilton). You ended up taking the virginity of a girl named Roseanna,” one user, AndyRooney, wrote. “You didn’t call her afterwards. She cried a lot. Do you remember any of this and can confirm or have you been so knee deep in Hollywood pooty for so long that this qualifies as a mere blip?”

Oh, man: What a bombshell! Too bad Harrelson wouldn’t talk about it.

“First off, it’s not true, and second off, I don’t want to answer questions about that. Lets focus on the film people.”

Four celebrities that think the end of the world is coming >>

Harrelson obviously didn’t understand that Reddit is comprised of hyperactive teenagers who are ready to pounce at any time. When he tried to answer questions on Rampart, Redditors flooded the wall with mocking posts, and .gifs of the actor.

“You said AMA. That means ‘Ask Me Anything,'” user joetoc replied. “Not ‘ask me anything with regards to the movie I’m pushing.'”

Joetoc’s got a point — Harrelson could have taken the opportunity and captured a younger fan base with his chat. Instead, he’s the butt of the joke — and we’re still wondering whether or not he actually deflowered a teenager.

Not a good visual, Woody.