Queen Elizabeth is celebrating 60 years on the throne with her Diamond Jubilee — and the festivities kicked off with the anniversary of her Accession Day. 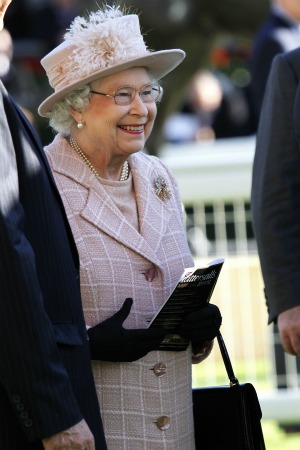 It has been 60 years since Queen Elizabeth took the British throne after the death of her father King George VI in 1952. In that time — despite a few bumps in the road — she has become the most beloved public figure across the British Empire, with many considering her the kind old Granny of the entire citizenry.

Now 85 years young, the Queen maintains a busy schedule of public appearances and policy decisions, and she shows no signs of slowing down. Her Diamond Jubilee begins today, and the Queen released a letter to her people thanking them for their many years of support.

“Today, as I mark 60 years as your Queen, I am writing to thank you for the wonderful support and encouragement that you have given to me and Prince Philip over these years and to tell you how deeply moved we have been to receive so many kind messages about the Diamond Jubilee.”

“In this special year, as I dedicate myself anew to your service, I hope we will all be reminded of the power of togetherness and the convening strength of family, friendship and good neighbourliness, examples of which I have been fortunate to see throughout my reign and which my family and I look forward to seeing in many forms as we travel throughout the United Kingdom and the wider Commonwealth.”

“I hope also that this Jubilee year will be a time to give thanks for the great advances that have been made since 1952 and to look forward to the future with clear head and warm heart as we join together in our celebrations.”

While the official Diamond Jubilee weekend will be held June 2-5, the royal family will fan out across the globe all year on behalf of their matriarch to visit the Commonwealth countries. While the Queen and Prince Philip will stick close to home, touring the United Kingdom from March through July, Prince Harry will hit up the Bahamas and Prince William and Kate Middleton will be visiting the Asia-Pacific region.