Simon Cowell has signed music mogul Antonio “L.A.” Reid for a second season of The X Factor, days after he dropped Paula Abdul and Nicole Scherzinger from the American adaptation of the talent show. 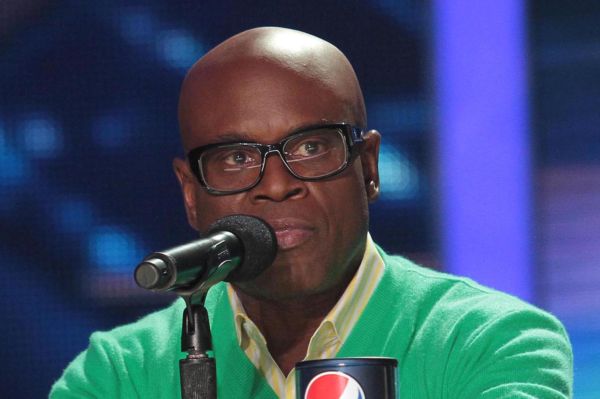 Antonio “L.A.” Reid has signed up for another season as a judge on Fox’s The X Factor, sources in-the-know told The Hollywood Reporter over the weekend.

Simon Cowell is as ruthless to his colleagues as he is to wannabe singers: The acerbic talent show judge made headlines last month when he dumped almost all of his co-stars on the U.S. edition of the singing competition, leaving Reid as the only personality to escape the guillotine.

The bloodbath isn’t such a surprise: X Factor didn’t make much of a splash in the States, despite mega-promotional hype. Jones and Scherzinger in particular were criticized for their lackluster on screen efforts. The former Pussycat Doll ticked off some viewers so badly she received death threats.

Cowell sparked conversation ’round the blogosphere last March, when he named Reid his first selection as a judge on the reality show. Reid, the now former chairman of Island Def Jam, stepped down from that company — where he mentored such megastars as Mariah Carey, Kanye West, Rihanna and Usher — to take a chair on the Fox program.

Will Mariah Carey step into a judge’s seat on The X Factor? >>

Reid seemed to connect best with the audience, tipsters told The Reporter. His willingness to quickly express his opinions about performances had many viewers seeing him and the equally acid-tongued Cowell as birds of a feather.

Everyone who was fired has remained upbeat (publicly, at least): Jones wished everyone on X Factor good luck via Twitter. Scherzinger said she’s “looking forward to an exciting year ahead and making great music.” Abdul, Cowell’s real-life pal, confirmed that the pair will remain “dear friend(s).”

Cowell and his team are now holding meetings to decide how to fix X Factor. And, presumably, to brainstorm big stars for Season 2. Mariah Carey is still under consideration.

American Idol judge Randy Jackson, who manages Mariah, believes the songbird would be an “amazing” addition to The X Factor.

The new season of The X Factor will debut on Fox in September.