A book about Princess Diana’s life is being adapted for the big screen. Could Charlize Theron star as the beloved British princess? 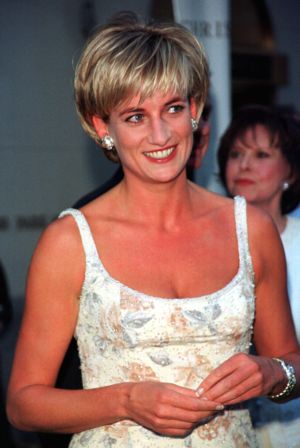 The head-turning South African-born actress, who won an Academy Award for her role in the true-crime drama Monster, is being lined up for the coveted lead role in a theatrical retelling of the princess’ relationship with Wharfe, a former bodyguard to reportedly be played by Ewan McGregor.

The movie is based on Wharfe’s controversial tell-all detailing the eight years he spent as personal protection officer to the Princess of Wales. He was employed by the British Royals before Diana died in a car crash in August 1997, as she was doggedly pursued by a car full of snapping photographers.

Film producer Stephen Evans is casting for the movie and was careful to stay mum on whispers that Charlize could be up for the starring role.

“We are dealing with about 11 years of her life from just after she had Harry, when he’s aged about two, and it’s partly from the point of view of her protection bodyguard,” Evans told Britain’s Daily Mirror Sunday.

“The emphasis on this really is authenticity and to discover what she went through. Unless you are a Diana freak, quite a lot of it will be unknown to the audience,” he added.

“The movie’s not saying she is unbelievably wonderful or she’s a pain in the neck, the audience can make their own view… Intellectually, she was not in the top level, but on the other hand had native cunning, stubbornness. Once she made up her mind she was like a bulldozer,” Evans said.

Stephen hopes the movie will follow in the successful footsteps of other motion pictures about British notables. Helen Mirren won a Best Actress Academy Award for playing Queen Elizabeth II in the 2006 film The Queen. Meryl Streep could win her third Oscar for The Iron Lady — which sees Streep as former British Prime Minister Margaret Thatcher.

“The performance of Meryl Streep is the greatest I have ever seen,” he added. “The movie itself isn’t great, but you do believe you are watching Margaret Thatcher. It’s a tour de force.”

Closely Guarded Secret is one of three films about the English princess that will be produced in the next year. Keira Knightley and Scarlett Johansson have been linked to another biopic, simply titled Diana. Jessica Chastain, of The Help fame, is set to star in a third movie about the royal, Caught in Flight, based on a real-life affair Diana tried to keep hidden.