Kelly Clarkson wowed the crowd with her stunning rendition of the national anthem on Super Bowl Sunday. Watch the video here! 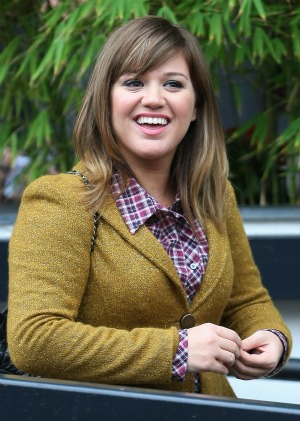 Move over Christina Aguilera — there’s a new diva in town, and she can actually remember the words to “The Star-Spangled Banner.” Kelly Clarkson sang the national anthem at the 2012 Super Bowl and absolutely brought down the house with her soulful rendition.

The Texas native — the original American Idol — was backed up by 45 members of the Indianapolis Children’s Choir to an aurally gorgeous effect.

“It wasn’t that hard,” 15-year-old choir singer Rebecca Doyle told the Indy Star. “We just had to learn it pretty quickly.”

Before Clarkson took the field, The Voice‘s Blake Shelton and his wife Miranda Lambert performed “America the Beautiful.” It is no coincidence that Shelton made an appearance: The Voice season two debuts tonight after the game is over. There are also rumors that Clarkson will join The Voice as a guest mentor later in the season.

The first American Idol winner is currently enjoying huge success on the charts. Her new single “Stronger (What Doesn’t Kill You” is currently sitting at number two on the Billboard Hot 100.

Clarkson’s beautiful rendition on such a high-profile international stage stands in stark contrast to recent national anthem disasters, including The Voice judge Christina Aguilera totally botching the lyrics because she was too busy trying to trill at last year’s Super Bowl and American Idol judge Steven Tyler screeching his way through at a recent NFL game.