It was a close race at the box office this Super Bowl weekend with Chronicle edging out The Woman in Black for the number one spot. 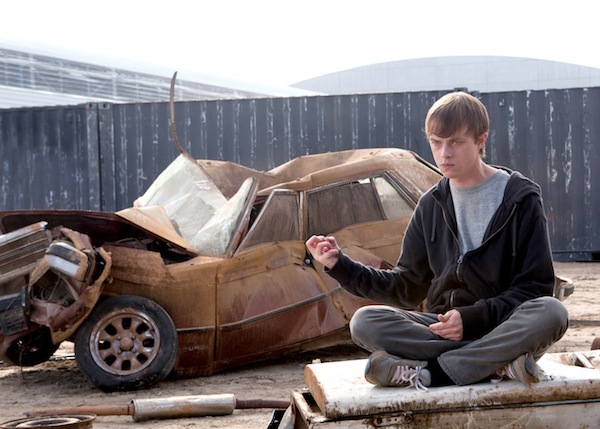 Two movies competed neck-and-neck, much like a Super Bowl game, this weekend to win the number one spot at the box office.

Chronicle, the movie about a group of teenagers who gain superpowers only to realize that getting what you wish for can sometimes be a curse, won with $22 million at the box office, according to The Los Angeles Times. Chronicle marks the latest in a trend of found-footage movies to do well at the box office.

Although Chronicle made the grade this weekend, it had a close competitor, The Woman in Black. The horror film about a lawyer who travels to a small village in England only to find it haunted by a sadistic woman came in second with an estimated $21 million. Starring Daniel Radcliffe in his first role after the end of the Harry Potter series last summer, the film garnered great reviews.

Coming in third with still a strong following at $9.5 million is last week’s number one film, The Grey. The thriller about a group of oil workers trapped in the Alaskan tundra stars Liam Neeson and Dermot Mulroney.

Movie review: Liam Neeson is hungry like the wolf in The Grey >>

Coming in fourth with a disappointing $8.5 million was the romantic comedy Big Miracle, based on a true story about a journalist and a Green Peace worker who lead the fight in rescuing California grey whales trapped off the coast of Alaska. The film stars Drew Barrymore, John Krasinski and Kristen Bell.

Movie review: An ocean of inspiration in Big Miracle >>

Sliding down to fifth place this week is the Kate Beckinsale vampire thriller Underworld: Awakening with $5.6 million. This is the film’s third week at the box office.

The Katherine Heigl romantic comedy about an ex-lingerie saleswoman who becomes a bounty hunter, One for the Money, steals sixth place bringing in $5.3 million.

Movie review: She’ll catch him if she can in One for the Money >>

Staying strong with $5 million is the George Lucas-produced action film about the Tuskegee airmen of World War II, Red Tails, coming in seventh place this weekend.

Rounding out the top ten is George Clooney‘s Oscar-contending performance in The Descendants at eighth place with $4.6 million, Sam Worthington’s action film Man on a Ledge at ninth place with $4.5 million and Extremely Loud & Incredibly Close coming in tenth with $3.9 million.