Sons of Anarchy has been renewed for a sixth season, but that’s not all! The show’s creator, Kurt Sutter, has inked his own deal with Twentieth Century Fox TV and FX that puts him in a nice position. Read on for all the details. 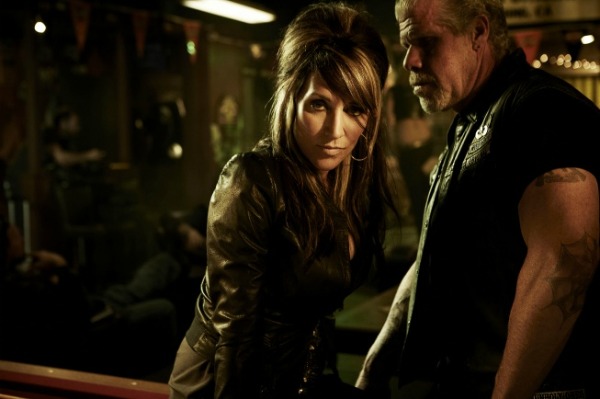 FX isn’t letting its highest rated show, or its captain, exit anytime soon. You can expect Sons of Anarchy to ride on for a guaranteed sixth season, possibly a seventh. What about the show’s creator Kurt Sutter? Let’s just say his new overall deal is pretty solid.

According to The Hollywood Reporter, Sons of Anarchy‘s renewal for a sixth season is a lock, while many are expecting a seventh season to follow, which would likely be the final season.

Here’s the deets: The deal guarantees a sixth season for SOA, while Sutter himself is allowed to develop content for both broadcast and cable. The deal also includes a script deal with FX.

He added, “If there’s more story to be told after seven seasons and if financially it’s still a feasible endeavor, I’m definitely open to doing more.”

Are you currently a fan of Kurt Sutter’s Sons of Anarchy? Head over to our comments section and sound off!

Thumbs up or down for Sons of Anarchy?