Roseanne Barr is actually running for president. Does she have a chance? About as much of a chance as these other random celebrities. 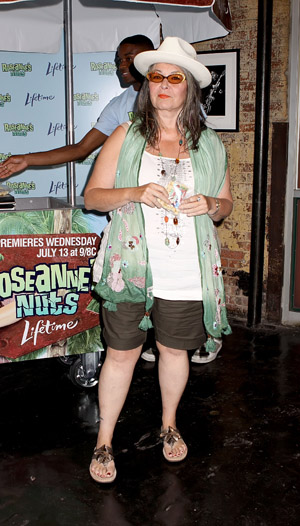 Yes, she’s actually serious about it: Sitcom star Roseanne Barr filed the paperwork to run for president in 2012 on the Green Party ticket.

“I am running for Green Party nominee for POTUS. I am an official candidate. I am4 the Greening of America&the world. Green=peace/justice,” she tweeted this week. “Crying now, knowing that as a girl I dreamed of running for POTUS, and I am now actualizing that desire. BEHOLD THE GREENING OF AMERICAN POL.”

The national coordinator for the Green Party confirmed she is running on their ticket.

“Our standpoint is that Roseanne is running for the nomination, and we are impartial to all our candidates officially.”

“We welcome Roseanne Barr into the race, and she will make it very interesting from what I have seen. Ms. Barr wants to say some very serious things in her campaign, and from what I can tell, she is motivated by her own experiences and her desire to see the United States become a much better country.”

So, what’s her platform? The legalization of marijuana and forgiveness of student loans, she told Wendy Williams last summer.

Roseanne Barr takes the cake for the weirdest celebrity presidential candidate. Who else from Hollyweird tried a run at the White House? 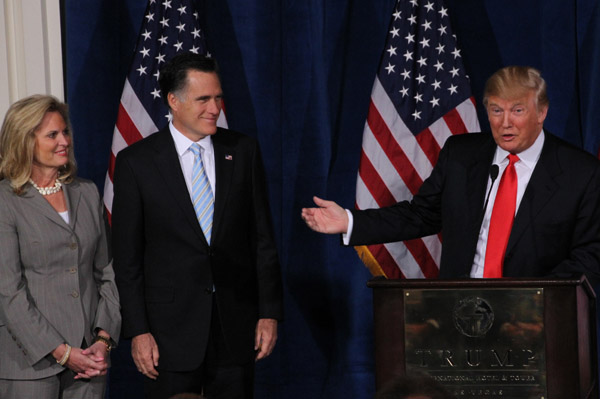 Donald Trump made the biggest deal about his possible run for president in 2012. Honestly, the only person that really cared whether or not he joined the race was… Donald Trump. His “will I or won’t I” dance made him look like a joke, but it got him more publicity for Celebrity Apprentice. 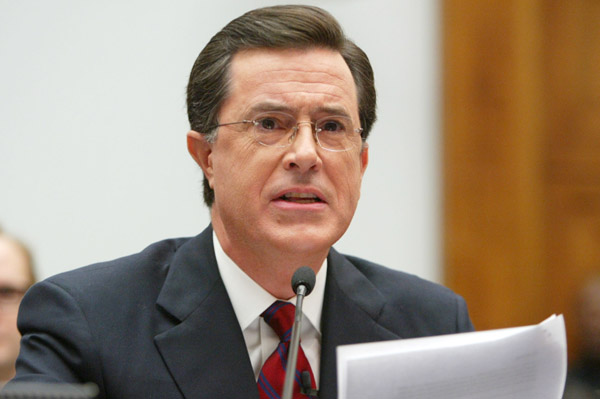 He even held a rally on the day before the primary: “Rock Me Like a Herman Cain South Cain-olina Primary Rally.”

Sadly, he decided to drop out of the race after Cain only managed to get a small percentage of the votes. There’s always 2016, Stephen. 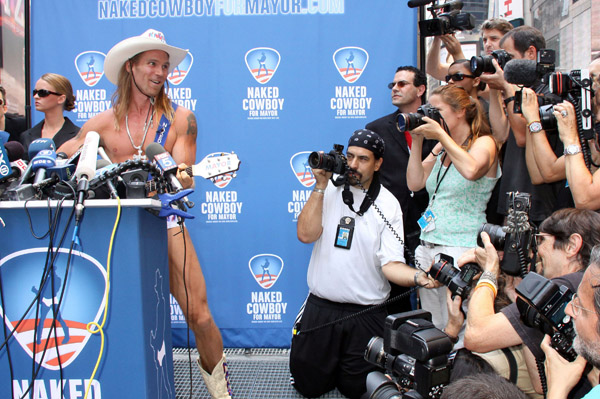 New York City’s most annoying street performer, The Naked Cowboy, declared in 2010 that he’d run for the 2012 nomination as part of the Tea Party.

“America is rapidly transforming into a government-run enterprise,” the Naked Cowboy — real name John Burck — said during a rally in Times Square in October 2010. “American politicians are selling out America and its most cherished institution, that being capitalism.” He also ran for mayor of NYC at one point, but sadly did not win.

We’re not actually sure what ever came of that. 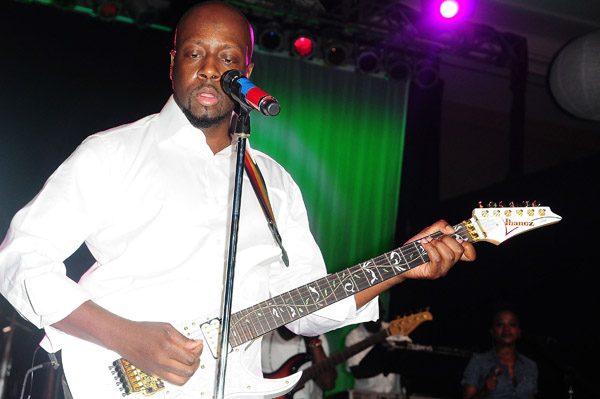 Former Fugees singer Wyclef Jean announced his intent to run for president in 2010 — president of Haiti, that is. The Haitian-born singer was inspired to run after the January 2010 earthquake that ravaged the poverty-stricken nation.

“If not for the earthquake, I probably would have waited another 10 years before doing this,” Jean told Time. “The quake drove home to me that Haiti can’t wait another 10 years for us to bring it into the 21st century.”

“If I can’t take five years out to serve my country as president,” he added, “then everything I’ve been singing about, like equal rights, doesn’t mean anything.”

He was later barred from entering the race by a Haitian council because he hadn’t lived in the country for five years. He was also accused of misappropriating funds from his charity, Yele Haiti, donated for earthquake relief, a claim he denies.

Will you vote for Roseanne Barr in 2012?