How can someone so bad be so good? Each week we fall prey to the smile and charm of TV’s biggest bad boys. It doesn’t matter if they’re vampires, zombie hunters or ad executives, they’re all the same. They are damaged men in desperate need of a few good women. Here are five gorgeous guys we just can’t shake. 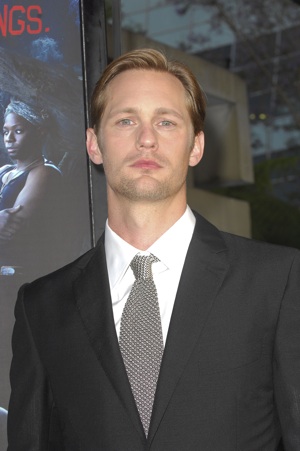 Dead never looked so good. True Blood‘s Eric Northman is 1,000-years-old but doesn’t look a day over 30. He’s tall (6-foot-4 to be exact), lean and extremely handsome. Unfortunately, his cold personality takes away from his outward beauty. So why do we love him? Two words: Sookie Stackhouse. Whenever she’s around, there’s a visible change. He becomes civil and dare we say — warm? After one mischievous smile, we’re like putty in his hands.

Gossip Girl‘s Chuck Bass is proof that money can’t buy happiness. Despite being the son of a self-made billionaire, Chuck’s always been somewhat of a pariah. He’s a pathological liar, selfish and manipulative beyond belief. Plus, he has mommy issues, which have damaged his view of women. Therefore, we were shocked when he fell in love with Blair Waldorf. He genuinely cared for her and allowed himself to be vulnerable. Sure, he talks a big game but Chuck’s nothing more than a hurt boy in need of a hug.

Business suits were made for Don Draper. The man is stylish to a fault. But how can someone so polished be such a mess? During the 1960s, Draper’s personal life took a serious hit. On the outside, he was a husband and father, but behind closed doors, he was a philanderer with emotional issues. Over the course of Mad Men‘s run, we’ve uncovered the man behind the myth. Draper isn’t invincible or perfect. He can be horrible, but also chivalrous. He’s like a double-edge sword. You can’t take the good without the bad. 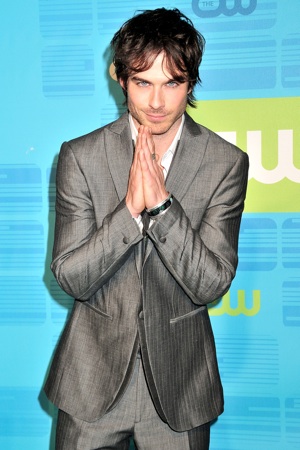 Damon Salvatore has a jawline that would make Superman jealous. Like Eric Northman, he’s a bad boy in need of a good woman. Unfortunately, said woman is always attached to his brother Stefan. It doesn’t matter if its Katherine or her doppelganger Elena, Damon can’t stay away. Yes, he’s a smart alec and self-serving, but when he loves, he loves hard. Also, have you seen his eyes?

Daryl Dixon is a loner, but a viable asset. When it comes to the zombie apocalypse, his survival skills are unmatched. It’s his social skills that need work. Daryl is extremely awkward, short-tempered and uncomfortable with affection. Despite his flaws, he’s one of the most loyal people you’ll ever meet. He’s honest (to a fault) and always gives a 110 percent. Daryl needs a strong woman to smooth out his edges. Underneath that tough exterior is good man yearning to be free.