Hollywood gives the Super Bowl bang for its buck with several new movie trailers set to debut during the big game. 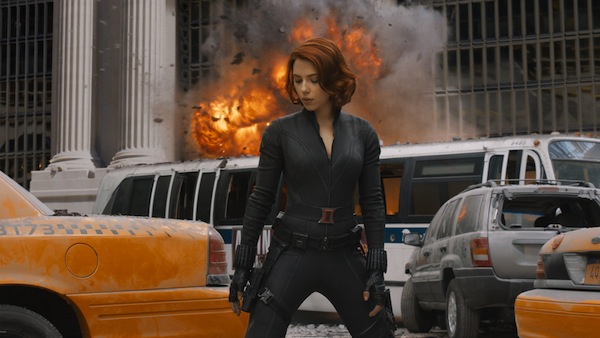 It’s the most important commercial of the year — the one that makes the biggest score with fans at home. Who will be the winner this year? It’s tough to tell, but beer commercials and chip ads look out, Hollywood has a few of its own commercials to compete this year.

It’s tough to call, but we’re gonna go ahead and say that one of the most exciting action films of 2012 is undoubtedly The Avengers. Starring Robert Downey Jr., Chris Evans, Scarlett Johansson and Chris Hemsworth (you got it, Thor), the movie about a troupe of superheroes banding together to fight an evil army is definitely on the hot list.

So hot, the filmmakers only released 10 seconds of this new trailer. But after seeing it, you’ll see The Avengers plans to deliver one heart-stopping (that’s action-wise and hot-guy-wise) blockbuster movie.

Next on the hot list, ripped and ready to take you down is Dwayne Johnson, a.k.a. The Rock. He’s in for payback in this sequel titled G.I. Joe: Retaliation. Starring Bruce Willis (is there anything he’s not in this year?) and Channing Tatum (swoon!), this is one beef cake supreme you’re gonna want to put on your list.

But, if that’s too much bicep for you, check out the more intellectual humor of Sacha Baron Cohen in The Dictator. Anna Faris and John C. Reilly co-star in this political satire about a dominating leader who will do anything to keep democracy from infiltrating his country.

Last, but certainly not least, is the most talked about book adaptation of the year, The Hunger Games. Jennifer Lawrence stars at the girl who must fight for her life in a sadistic game of man-to-man, er, woman, combat. This sneak peak is sure you get your heart thumping.