Britney Spears revealed a bit of her inner nerd when she outed herself as a huge Modern Family fan in a tweet that went viral this week. Now the declaration could turn into a job offer for the engaged pop tart. Did someone say #GetBritneyOnModernFamily? 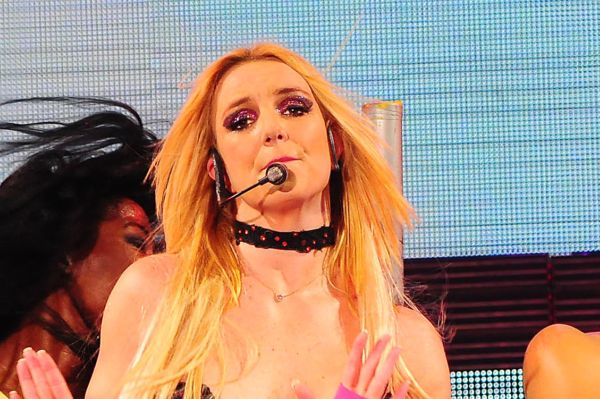 Britney Spears has guest starred on Will & Grace and How I Met Your Mother.

She’s even dropped by Glee in recent years.

Is the ABC comedy series Modern Family next on the radar for this pop princess?

Twitter erupted into a frenzy on Jan. 31, shortly after a newly-engaged Brit-Brit innocently tweeted, “I know everybody is excited about the Super Bowl, but I personally can’t wait to see the next episode of Modern Family! Funniest show on TV.”

That message was retweeted — that’s Twitterspeak for reposting something to your own account — by hundreds of people, including Modern Family’s busty Colombian star Sofia Vergara, who plays Gloria Delgado-Pritchett on the award-winning smash.

Britney’s manager Adam Leber asked fans what they thought of the possibility of the pop singer appearing on the Golden Globe-lauded sitcom. The positive response was rousing, sparking the hashtag #GetBritneyOnModernFamily.

Before long, the proposal was a trending topic across the social network.

When one fan asked Spears if she would like to be featured on the series, the “Circus” singer gleefully replied, “Ahhhh I would love to be on it!”

She’d be in good company. A host of actors have guest starred on Modern Family. Edward Norton, Elizabeth Banks and Matt Dillon being the most notable.

Would you like to see Britney Spears guest star on Modern Family?