Daniel Radcliffe gets his creepy on in The Woman in Black. 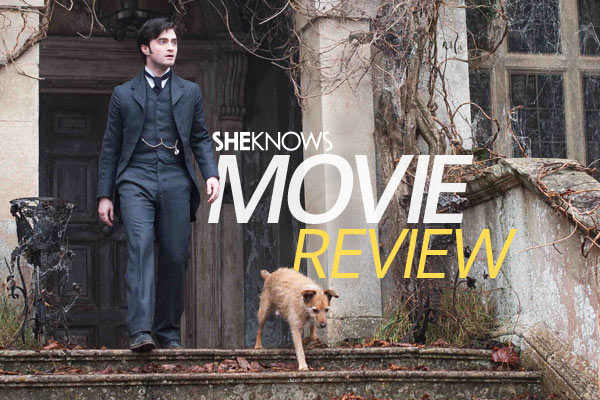 Set in turn of the century England, The Woman in Black is a gothic horror film starring Daniel Radcliffe as grieving widower, Arthur Kipps. This melancholy man struggles to raise his young son and perform his duties at his law firm. When his current real estate deal takes him to a gloomy village far in the north, he discovers a community plagued by the unexplained deaths of many of its children. When the locals get wind that Arthur is there to manage the sale of the manor house previously inhabited by a mad woman, they tell him to get out of town as soon as possible. Is there a connection between the house and the mysterious deaths? Arthur has no choice but to find out.

There is one sympathetic resident, Mr. Daily, played by the fabulous Ciaran Hinds, who agrees to help Arthur conduct his business. Dinner at the Daily home provides a delightfully disturbing scene with Mrs. Daily, played by Janet McTeer, who may or may not be possessed by the spirit of her dead son. Eerie portraits of the long-dead boy hang on nearly every wall, giving you the sense that in this town, the dead never really go away, they’re always hanging around.

Creepy porcelain dolls and rocking chairs that rock themselves are ever-present in The Woman in Black, creating a somewhat familiar horror landscape. There are numerous ethereal little boys and girls, each more sinister than the last. There are some good scares and even humor sprinkled here and there, but the best part of the film is Daniel Radcliffe himself. An adult now, it’s wonderful to see him taking on new roles and exploring his talents as an actor. With very little dialogue, much of the story is told through his facial expressions and reactions, compelling us to root for him as the menacing lady in a black dress torments him. Exciting sound effects and camera work make this movie a fun ride and may even keep you from turning off your bedroom light.

Bottom line:  If you’re a Daniel Radcliffe fan and like to be scared old-school style, put on a black veil and ride the thrills and chills of The Woman in Black.