What happens when three teenage boys find themselves with super powers? Probably not what you think. Chronicle is a smart, thrilling movie that will surprise you. 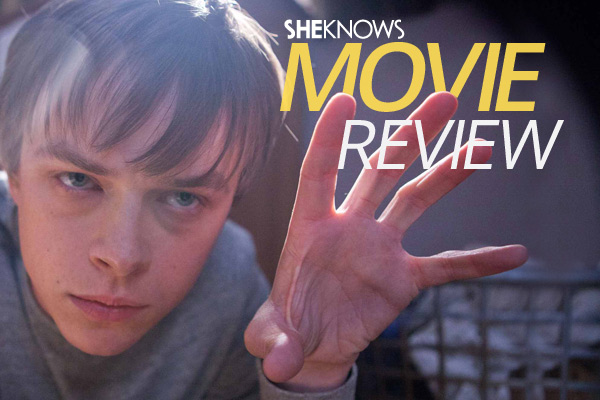 Intense Dane DeHaan plays Andrew, a nerdy teenage boy suffering more than his fair share of teen angst. Dealing with an abusive father and terminally-ill mother makes Andrew decide to chronicle his life on video, as if to help distance himself from the daily misery that now takes place though a lens. Everything changes however, when his cousin Matt, played by Alex Russell, and friend Steve, super hottie Michael B. Jordan, find a mysterious underground cave. A transformation takes place in the cave, somehow imbibing the teens with physical powers only heard of in comic books. But Chronicle isn’t your typical super hero tale. It goes much deeper than a mere story about a few kids who can fly. Chronicle asks the moral question:  If you had super powers, would you use them only for good? For Andrew, finding the answer isn’t so easy.

The teens begin to explore their new powers innocently enough. Teddy bears that float off store shelves and leaf blowers that make a girl’s skirt fly up is all fun and games, until they perform in a talent show doing “magic tricks” that are quite spectacular. Andrew, previously shunned by the school’s “in crowd,” is now suddenly promoted to rock star status. Girls start pursuing him, but his social awkwardness and insecurity reveal he isn’t the cool guy he appeared to be. Withdrawing from his friends, Andrew’s newfound abilities begin to bring out his dark side. Discovering his powers are like a muscle and can be strengthened with use, he hones his skills, quickly transforming from a nerdy kid into a formidable predator — resulting in tragic consequences.

Chronicle stars three little-known actors who will surely be moving into the limelight. Dane DeHaan carries the film like a pro. Seen previously on HBO’s In Treatment, DeHaan’s steel blue eyes reveal Andrew as a troubled boy, securing our sympathies and making us tremble when things start to go south. Playing Steve, Michael B. Jordan is a true talent, with the looks and charisma of a young Denzel Washington. Alex Russell does an excellent job as the hot jock with a soul. The ensemble of these three actors creates fireworks on film.

Bottom line:  Not your average teen flick, Chronicle will thrill you as much as it will move you.