SheKnows brings you this exclusive clip from W.E., the Madonna-directed love story about a woman obsessed with the love affair of King Edward VIII and Wallis Simpson. 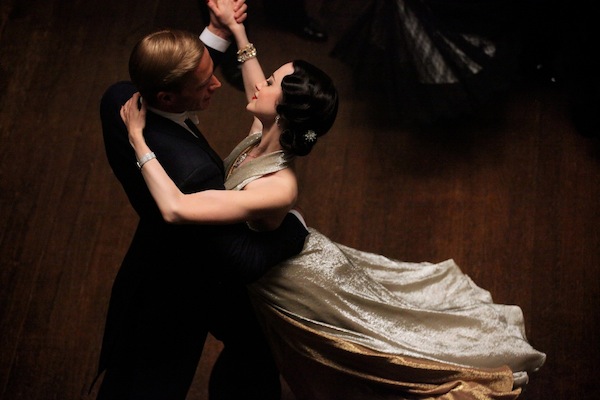 Madonna takes a departure from her usual foray into love and sex in her new feature film W.E. Here, she conquers the territory of a true romance in the story about a woman who becomes enthralled in the love affair between King Edward VIII and American divorcee Wallis Simpson.

Madonna knows the “agony and ecstasy of love” >>

If you’re rusty on your royal history, or if you prefer to have things explained to you in movie plots, think back to the 2010 Oscar winner, The King’s Speech. It’s the story of how King George VI (played by Colin Firth) gains the crown.

King George, however, wasn’t always destined to be the king. In fact, his brother, Edward VII was next in line, but due to a love affair with American socialite Wallis Simpson, Edward abdicated his position as king and left the crown to his speech-impeded younger brother.

The King’s Speech doesn’t go into much detail about the romance between these two star-crossed lovers. But that’s where Madonna’s W.E., which stands for “Wallis” and “Edward,” picks up.

The film starts in 1998 with the story of Wally Winthrop (played by Abbie Cornish), who becomes intensely enamored with how a man could give up being king to stay true to the woman he loved.

Wally travels back in time through a series of letters to find the secret moments between this American socialite and the would-be king.

SheKnows brings you this exclusive clip from the film, showing the tumultuous love affair between Edward (played by James D’Arcy) and Wallis (played by Andrea Riseborough). This scene shows Edward coming to terms with the idea that he might have to give up the throne.