In a sneak peek at the new trailer for The Hunger Games, viewers will get a glimpse of Jennifer Lawrence like they’ve never seen her before. 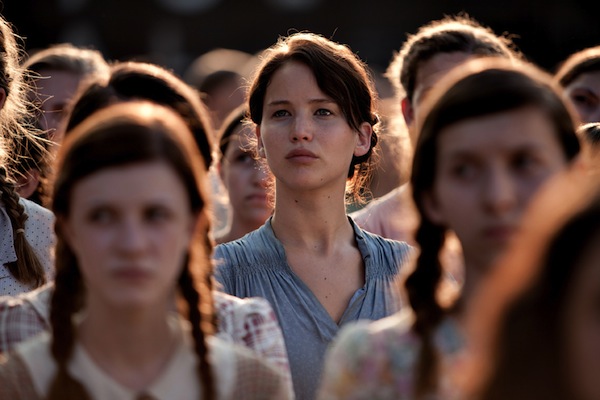 Armed with her trusty bow and arrow, Jennifer Lawrence is ready to fight to the death if it means saving her sister’s life in the first episode of your new favorite trilogy, The Hunger Games.

Not since Twilight went from paperback to silver screen, has a book adaptation excited us more. This new Super Bowl sneak preview trailer gives thirsty fans a taste of what they will get when the film releases on March 23.

In case you’ve been living under a rock, or haven’t lost a weekend reading the first of three novels from Suzanne Collins, Katniss Everdeen (played by Lawrence) is a 16-year-old girl who volunteers to be the next up in a sadistic game her post-apocalyptic country likes to play. The Hunger Games are basically a medieval form of human fighting — to the death.

The national challenge is broadcast on television across the land. Fighters are chosen from each district. When Katniss’ sister’s name comes up in a drawing, the only thing our female hero can do is volunteer to take her place.

In this new trailer set to debut Sunday during the Super Bowl, fans will get a glimpse of Katniss’ training outfit in addition to being stunned at how great a shot she is. 24 go into the ring. Only one comes out.

Co-starring in the first chapter of this mammoth epic are resident hottie Josh Hutcherson (The Kids Are All Right, Bridge to Terabithia), Liam Hemsworth (The Elephant Princess), Elizabeth Banks (Man on a Ledge) and Woody Harrelson (Zombieland, No Country for Old Men).

The Hunger Games cast seems to have the power to back the hype, now all we have to do is wait for March 23.