Jamie Lynn Spears is on the verge of turning 21 and is looking back on her decision to become America’s most famous teen mom. Read on as she tells her story in her own words. 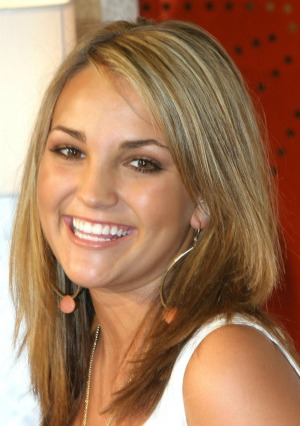 Can you believe that little Jamie Lynn Spears is almost 21? Her birthday is in April, but the last we really heard from her, Britney Spears‘ little sis announced that she was 16 and pregnant. Now all grown up with an adorable daughter, the former Nickelodeon star is on the verge of breaking out into her own country music career.

Spears explained her journey to Glamour.

“It was 2007. I had been on a Nickelodeon show, Zoey 101, and after we wrapped shooting, I just wanted to go home to Louisiana and finish high school, be a cheerleader, all that,” Spears explained. “Then I found out I was pregnant. I was 16. I’d had one boyfriend. It doesn’t make it perfect or all right. But I was judged for something that probably most everyone does. I was young. I was in love. I was like every other teenager, except I had this last name. And I made a decision that is forever my decision.”

“I did feel responsible for the young girls and the mothers who I probably confused and let down. I apologize for that,” Spears said. “But I wasn’t trying to glamorize teen pregnancy. I hated when [the tabloids] said that. Everybody is dealt a hand of cards. It was my choice to play them the way I played them.”

“These days, the only thing I’m afraid of is not being a good mom. As long as Maddie is healthy and she loves me, the rest doesn’t matter.”

More than anything, Jamie Lynn Spears wants people to see who she is today and not just remember who she was back then.

“I was a kid who did a kid show. Then I went away and raised my child, and the world has never met me as an adult,” she said. “This is the first time anybody is really meeting me as a grown woman and grown mother making a decision about what to do with my life. Do people have an idea of who they think I am? Yes, and that’s fine with me. My music will speak for itself.”

Read the entire interview with Jamie Lynn Spears on Glamour.com.