America Ferrera, Katy Perry and other celebrities are speaking out on behalf of Planned Parenthood. 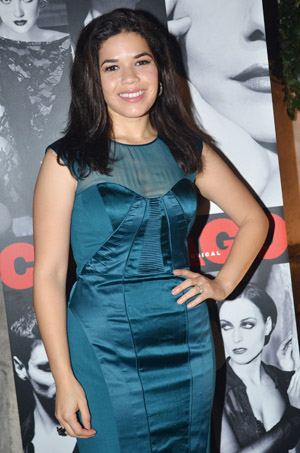 The Susan G. Komen Foundation attracted the ire of millions of Planned Parenthood supporters when they pulled their breast cancer prevention grants from centers around the country. More than 6,000 people have donated over $400,000 to Planned Parenthood since the Tuesday announcement.

Now, celebrities are getting into the action by expressing their solidarity with Planned Parenthood and proper women’s healthcare.

“I think that women’s health is an issue that is close to me, because of my community,” actress America Ferrera told MTV News in late January. “We’re only as strong as the ability we have to take care of the women who are giving birth and nurturing the next generation.”

Singer Katy Perry grew up in a devout Christian household, but she sought the help of Planned Parenthood to learn about birth control.

“I was always scared I was going to get bombed when I was there,” the newly-separated singer told Vanity Fair in 2011. “I didn’t know it was more than that, that it was for women and their needs. I didn’t have insurance, so I went there and I learned about birth control.”

Politically-minded actress Scarlett Johansson spoke out against a bill to defund Planned Parenthood in a 2011 PSA.

“The House passed a bill to eliminate our country’s family planning program and to stop Planned Parenthood health centers from receiving any federal money to provide life-saving preventative care. That means no money for cervical cancer screenings and breast exams,” she said in the spot. “No money for testing and treatment of STDs, not even testing for HIV. No money for birth control… For many people, especially those with low incomes, Planned Parenthood is their only source of health care.”

“I stand behind Planned Parenthood because of the access they give women to preventive health care, including screening for cancer and STDs.”