Prince William and Kate Middleton are splitting after just 10 months together. Luckily, their separation is just temporary! 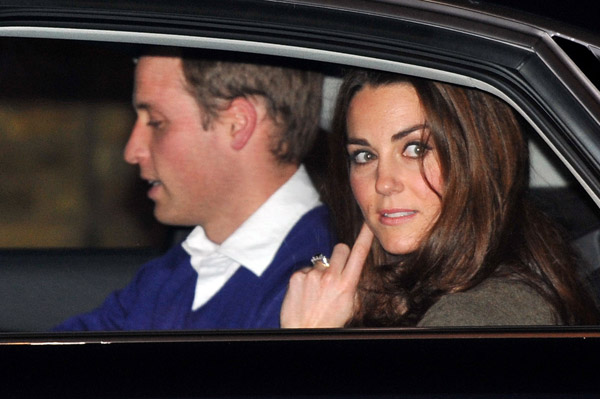 Prince William and Kate Middleton haven’t even been married for a year, but he’s already leaving her… for a six-week long deployment in the Falkland Islands. Wills, a captain in the British Royal Air Force, left for the island nation Wednesday.

Don’t worry, it’s not about war — Wills‘ deployment was scheduled back in November to coincide with the 30th anniversary of the Argentinean invasion of the country. British authorities defeated Argentina within 74 days — and it’s still a sore spot for the South American nation.

”The Royal Navy has had a continuous presence in the South Atlantic for many years. The deployment of HMS Dauntless to the South Atlantic has been long planned, is entirely routine and replaces another ship on patrol,” the spokesperson said.

Still, Argentina released a statement damning the Duke of Cambridge for coming to the country in “the uniform of a conqueror.”

The only way there will be any problems for Prince William during his stay is if residents of the Falklands decide to revolt — and that’s not likely, since the majority are British citizens.

Middleton won’t be entirely alone during the next six weeks — the couple just adopted a Cocker Spaniel puppy over the Christmas holiday. They met the puppy in the Duchess’ Welsh hometown of Buckleberry and initially intended to take him for a “trial run.”

“William and Catherine fell in love with the pup instantly and it wasn’t long before they decided to keep him,” a source told US Weekly of the baby pooch. “He’s now part of the royal fold!”

A puppy sounds like a great practice run for a royal son or daughter!