Though Ted Danson has been an ocean activist and vegetarian for quite some time, the actor had a blast playing a loud-mouthed oil tycoon in this winter’s Big Miracle.

Danson’s co-star Dermot Mulroney joined in the fun as well, telling SheKnows about the two’s escapades in exotic cuisine while filming with the Inuit tribe in Alaska.

“There were a couple of days where they got Muktuk, which is actually real [whale] meat and blubber,” said Mulroney. “There’s two ways you can eat Muktuk. You can eat it raw, or you can eat it cooked. Ted and I tried both, if I believe.”

The men agreed that it was not the most appetizing experience they’ve had, but an interesting one nonetheless.

“We both had about 18 hours to try to judge whether we liked it or not because that did not go away,” Ted cringed. “That stays.”

Muktuk aside, Mulroney said he is a fan of fine food and plans to take his wife Tharita out for a nice meal this Valentine’s Day. Danson shares a similar idea of the perfect date, telling SheKnows that getting home early at night is his idea of a good time. 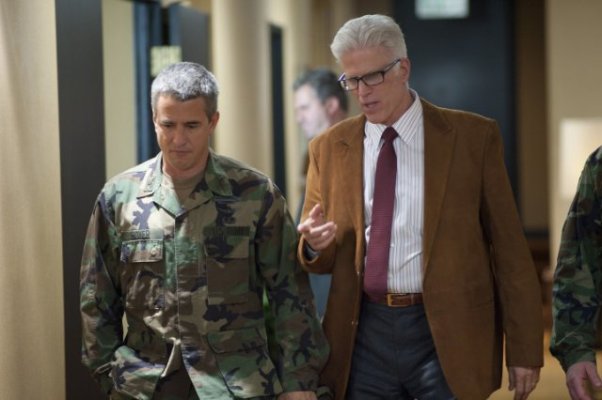 Dermot Mulroney and Ted Danson have now eaten Muktuk, but they like to dine like the average joe back home.

As for Valentine’s Day presents, these two agree that Feb. 14 is all about the ladies.

“Guys don’t get things on Valentines’ Day,” said Danson. “No, it’s our job to make sure we take care of the ladies on Valentine’s Day.”

Now if they can only remember the date!