The Hunger Games is getting the IMAX treatment. The Gary Ross drama will receive a digital upgrade for its North American run. The good news is, it will play in IMAX theaters; the bad news is, it’s only for a week. 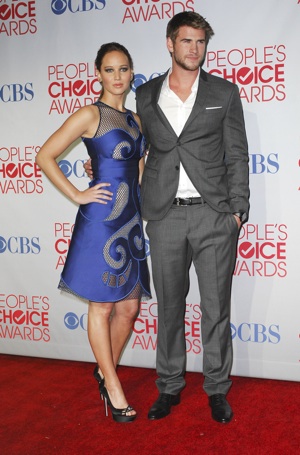 The Hunger Games will be digitally remastered to fit the IMAX format, then released in venues the same day as conventional theaters. This only affects North American outlets, where the film is scheduled to open Friday, March 23.

According to Greg Foster, Chairman and President of IMAX Filmed Entertainment, “The Hunger Games is one of the most popular properties in recent memory and we’re excited to offer this passionate fan base the opportunity to experience this exciting adventure in the most immersive way.”

He continues, “We’re proud to kick off our relationship with Lionsgate around this highly anticipated film that will make a strong addition to our 2012 film slate.”

The Hollywood Reporter claims that this distribution deal is the first collaboration between IMAX and Lionsgate. Two media companies that are both based in Canada.

The Hunger Games is the first installment of a film series based on the books by Suzanne Collins. Her trilogy of novels, which include The Hunger Games, Catching Fire and Mockingjay have sold an impressive 23.5 million copies in the U.S. alone.

The Hunger Games centers on Panem, a futuristic version of America, which has been drained of its resources. It consists of 12 districts that participate in a brutal form of entertainment called the Hunger Games. They consist of survival competitions that pit minors against each other in a fight to the death.

28 mins ago
by Ellen Niz