Actor Shemar Moore, who replaced Don Cornelius as the host of Soul Train after his retirement in 1993, says he believes the TV legend may have been suffering from Alzheimer’s disease or another form of dementia in the months leading up to his suicide this week. 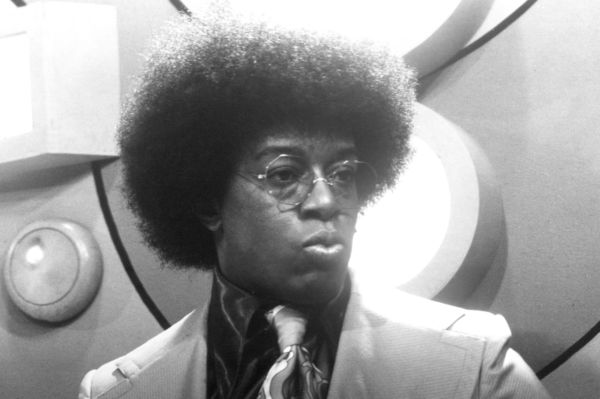 Everything, if you ask the man who succeeded Cornelius as host of the long-running Saturday morning music/dance show.

Cornelius, the creator and host of Soul Train, was found dead of a self-inflicted gunshot wound to the head in his Sherman Oaks home this week.

Cops in Los Angeles say they arrived at Cornelius’ Mulholland Drive home around 4 a.m. on Wednesday. Officers were dispatched to the estate after receiving a call from one of the host’s sons, who became worried after a despondent Cornelius called him.

“He and his son had a conversation earlier and the son came over and found his father in that state,” said Officer Sara Faden.

Don was transported to nearby Cedars-Sinai Medical Center, where he was pronounced dead.

There was no suicide note.

Sudster stud Shemar Moore hosted Soul Train for five years after Cornelius retired from his hosting gig in 1993. The Criminal Minds star was once close to Don and his family and believes his late mentor may have been dealing with the effects of dementia or Alzheimer’s disease when he pulled the trigger.

“I don’t know what his health was like. I had heard rumors that it was early [onset] dementia, Alzheimer’s, things like that,” Moore told Entertainment Tonight Wednesday. “I’d heard that he was sick.”

In 1982, Cornelius underwent a 21-hour operation to correct a congenital malformation in blood vessels in his brain, ABC News notes.

“You’re never quite the same afterward,” he said at the time. “Travel is always a real test.”

The former Chicago DJ also suffered at least one stroke sometime over the past few years.

During a 2009 court hearing related to his nasty divorce from Russian model Viktoria Chapman, Cornelius told an L.A. judge that he was plagued by “significant health issues” and wanted to “finalize this divorce before I die.”

Soul Train debuted in 1971. The show spotlighted soul, R&B and eventually, hip-hop. It became the longest-running, first-run nationally syndicated show in TV history before going off the air in 2006.

“I hope that wherever he is now, he’s at peace,” Moore said. “I don’t know how he got to this place. I don’t know what made him take his own life this morning. But after we shed our tears, after we say our prayers, after we put him to rest in our own ways, I hope there’s a lot of celebration.”

Don Cornelius is survived by two sons, Anthony and Raymond.