Katy Perry will return to the stage in a live performance at the 54th Annual Grammy Awards on Feb. 12. The set will be Katy’s first singing gig since calling it quits with hubby Russell Brand over the holidays. 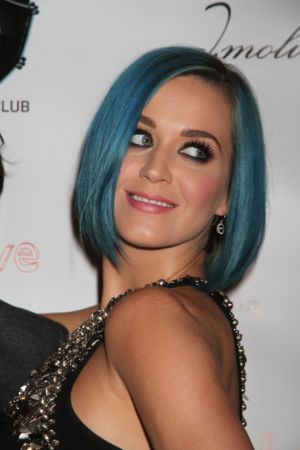 Another pop star is poised to make a career comeback at next weekend’s 54th Annual Grammy Awards. Newly-single star Katy Perry has been added to the list of performers who will take the stage at the Feb. 12 ceremony.

Perry is up for two awards at this year’s Grammys show, including Record of the Year and Best Pop Solo Performance for “Firework.”

The “Teenage Dream” hit-maker has been staying away from the limelight as she triumphs through the public breakdown of her romance with Rusty. Katy made her first public appearance since the Brand breakup during a charity event at the Mirage Hotel in Las Vegas last Friday night (not to be confused with Perry’s song of the same name).

News of Katy’s Grammy night performance comes just a day after organizers announced that Adele will be making her return to the performance stage on music’s biggest night. The “Rolling in the Deep” songstress has been sidelined since undergoing surgery to treat a potentially career-ending vocal cord hemorrhage last November.

Presenters for the show have also been announced. Be on the lookout for appearances by rapper Drake, who’s been nominated for four Grammys, country artist Dierks Bentley and actress Gwyneth Paltrow.

The 54th Annual Grammy Awards, hosted by LL Cool J, will air live from the Staples Center in Los Angeles on Feb. 12 at CBS 8 p.m. ET.