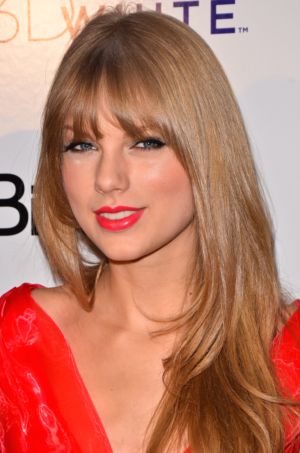 It isn’t everyday that multi-lauded singer Taylor Swift takes a hit career-wise, but it looks like it may be one of those days!

The multiplatinum-selling Grammy winner was offered the role of Eponine in the big screen adaptation of Les Misérables just last month. But Swifty’s reportedly seen her movie musical dreams evaporate in a cloud of smoke after being unceremoniously bounced from the role!

The “Love Story” songstress seemed a shoo-in for the gig, which would have been her first lead acting role, after edging out starlets like Scarlett Johansson and Lea Michele for the part. Les Mis director Tom Hooper — the man behind the camera on 2010’s big Oscar darling The King’s Speech — even gave her the seal of approval.

But Taylor’s joy would be short-lived: Eponine will now be played by Samantha Barks, according to new reports.

Barks, a British-born theater actress, learned that she’d won the role just this week. Les Mis producers sent word of their casting decision to Barks as she performed scenes in a Manchester revival of the musical Oliver!

Taylor Swift is in tune with Les Misérables >>

Barks, an ex-contender on the British singing competition series I’d Do Anything, previously played the tragic waif on stage for a year. She was then selected to tackle the role in the 25th Anniversary Concert of the show.

The 21-year-old actress and singer took to Twitter after receiving the exciting news.

“Most incredible moment of my life!!!”

Amanda Seyfried is up for the part of Cosette in the movie musical.

Victor Hugo’s 19th-century French epic has spawned dozens of stage, film and television adaptations. The latest incarnation of the musical classic is based on the blockbuster stage show, which ran on Broadway from 1987 to 2003. The production won eight Tony Awards, including one for Best Musical.

Production is set to commence on Les Misérables in March.

Check out this video clip of Barks’ performance of “On My Own” at the Les Misérables 25th Anniversary Concert.