The details of the deposition Frances Bean Cobain gave to get a restraining order against her mother Courtney Love have been revealed. Look behind the crazy and see what went down between them. 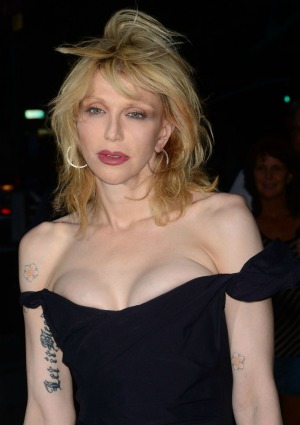 Frances Bean Cobain and Courtney Love have been estranged since the rock princess got a restraining order against her mom at the age of 17. Now 19, that relationship has yet to be repaired. What we never knew was what happened to cause such a serious rift in the first place.

Now the details of Frances’ deposition against Love have been revealed by TheFix.com — and shocker, Kurt Cobain’s widow is nuttier than a fruitcake.

Dated Dec. 10, 2009 the deposition reads like a page of the script from Mommie Dearest.

“She took me in a taxi to his house in the middle of the night, and from outside the house, in her bare feet, she screamed at him, threw rocks at the house and threatened to burn his house down,” Frances affirmed. “His children were inside the house, but that did not stop my mother.”?

“My mother is obsessed with uncovering fraud and spends much of her day raging about the fraud that has been perpetrated on her and on me,” the statement continued. “She incessantly rages about her many theories relating to the supposed incidences of ‘fraud.’ She slams doors, breaks things, stomps around the hotel or apartment and spends hours on the phone, yelling.”

Love “has taken drugs for as long as I can remember,” Frances revealed. “She basically exists now on… Xanax, Adderall, Sonata and Abilify, sugar and cigarettes. She rarely eats… She often falls asleep in her bed while she is smoking, and I am constantly worried that she will start a fire (which she has done at least three times) that will threaten our lives.”

This last accusation isn’t that far-fetched. Love was recently accused by her landlord of almost burning down her townhouse after falling asleep with a cigarette and is the subject of eviction proceedings.

Frances also said her mother was directly responsible for the death of her cat because of her hoarding tendencies, causing the beloved pet to get trapped by a pile of junk, and affirmed that her dog died after eating a pile of Love’s pills. A new dog was listed on the restraining order as part of Love’s keep-away list.

As for the Hole frontwoman, she said she no longer uses the hard stuff like heroin but pills are definitely her BFFs.

“I don’t do street drugs anymore. My medications are all legally prescribed by prominent physicians. I’m entirely legal,” Love told TheFix. “But the truth is, I’ve never claimed to be anyone’s role model. I’m not Mother Theresa. All I’m trying to do is stay alive.”

Cobain and Bean have yet to reconcile. The young beauty inherited 37 percent of her father’s estate on her 18th birthday.