Kevin Bacon is coming to television. The veteran film actor is joining forces with Fox and Kevin Williamson to headline his own TV show. The series will be similar to 24 but with a tech twist. 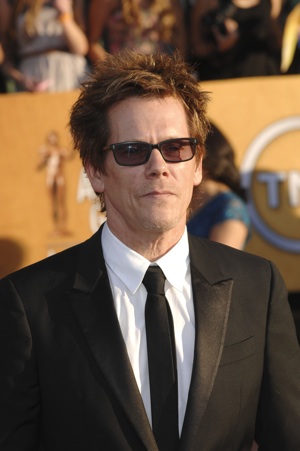 Is Kevin Bacon following in Kiefer Sutherland‘s footsteps? The actor best known for his feature film work is making the leap to television. Bacon will star in a pilot for Fox that could turn into the next 24.

According to Deadline, the series is described as “an edge-of-the-seat thriller about a diabolical serial killer who uses technology to create a cult of serial killers, and a retired FBI profiler (Bacon) who finds himself in the middle of it.”

The untitled drama will be produced by Warner Bros. TV and Kevin Williamson, who’s best known for adapting The Vampire Diaries, The Secret Circle and the Scream films.

When it comes to contracts and schedules, Fox has given Bacon more leeway than most actors. He’s only agreed to a 15-episode deal, which is significantly less than the broadcast standard of 22.

This will give Bacon plenty of wiggle room for future film projects and personal time with his family. The Bacon clan knows a thing or two about TV schedules. In 2005, his wife and fellow actor Kyra Sedgwick, signed on to star in the TNT drama The Closer.

This will mark the first time that Bacon has ever headlined a television series. Unlike most actors, he found consistent film work pretty quickly with roles in Animal House, Friday the 13th, Diner and 1984’s Footloose.

Most recently Bacon appeared in the blockbuster comic book film X-Men: First Class, which was produced by 20th Century Fox. And he starred alongside Steve Carell and Ryan Gosling in the comedy Crazy, Stupid, Love.