Jerry Seinfeld is enlisting the help of the Soup Nazi to get the first edition of the 2012 Acura NSX. Will it make a difference? See the new Super Bowl commercial and find out. 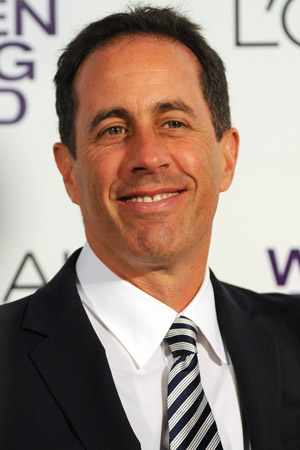 We would assume that Jerry Seinfeld could afford a more expensive car than the 2012 Acura NSX. Well, he can — but he really, really, really wants to be the first to buy the new car.

Too bad he’s second in line — and the first guy isn’t giving up his spot.

That’s the storyline behind Seinfeld’s new Acura commercial, set to air during Sunday’s Super Bowl game. The actor and stand-up comedian uses every tool at his disposal to win over the spot from the first guy in line.

He even uses the beloved Soup Nazi from his hit sitcom. And why not? He owns the rights to all of the show’s characters. Oh, Jay Leno shows up, too.

The commercial is funny, but it raises a bigger question: Will we see any original commercials during Super Sunday? We’ve already caught sneak peeks at a bunch of this year’s ad, including Matthew Broderick as his troublemaker alter ego, Ferris Bueller.

Sadly, the new spot will likely do little to thaw the icy relationship between Seinfeld and the real-life Soup Nazi, Al Yeganeh. The longtime New York City soup chef always hated the show’s portrayal of his personality — he even banned Seinfeld from coming to his re-opened restaurant, Soup Man.

“Jerry has come to his store a couple of times when he opened, and he wouldn’t let him in,” Original SoupMan president Robert Bertran told NPR in 2009.

We’re pretty sure the new Acura NSX will help Seinfeld find a new place to get a cup of Lobster Bisque.

Jerry Seinfeld and the Soup Nazi: Funny or lame?