Former child star Taran Noah Smith was busted by Los Angeles county cops for possessing some hash. Find out what he’s been doing since his days with Tim Allen and the Home Improvement crew. 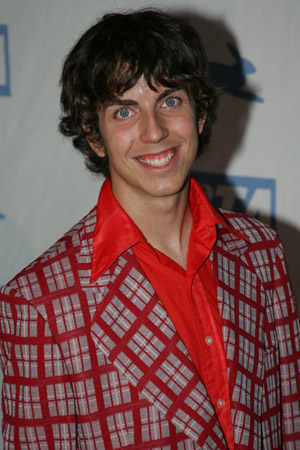 What would Tim “The Tool Man” Taylor have to say about this? Former Home Improvement child star Taran Noah Smith was busted for DUI and possession of hash on Tuesday night, according to TMZ.

The website reported that Smith was stopped by the LAPD around 1:00 a.m. Cops suspected he was under the influence and allegedly found hash, a type of marijuana, in his vehicle.

The 27-year-old former child star hasn’t acted much since his time on the hit ABC show, though he did pose with his former on-screen family for an Entertainment Weekly photo shoot in 2011. So, what has he been up to? He married a much-older woman, divorced her and sued his parents for squandering his cash.

“My mother always used to tell me to look out for the sharks, people who were going to take my money,” he told People in 2001. “Turns out she was talking about herself.”

The actor known as Mark Taylor said his parents left him destitute.

“If you’d told me a few years ago I’d be doing this, I never would have believed it,” Smith says of the family feud. “I mean, if you can’t trust your parents, who can you trust?”

At 17, he married vegan chef Heidi Van Pelt, then 33. They split after five years.

“I guess I’m living proof that love is blind,” Smith told the National Enquirer a few years ago. He added that they had an open marriage, but that Van Pelt lost it when women paid more attention to him than her.

“Heidi told me she preferred girls to guys,” Smith said. “She began to bring girls home. But if they paid more attention to me than to her, she’d get jealous. Finally, we agreed to have an open marriage. But when I began seeing another girl, Heidi got so mad she broke every dish in the house.”

Sounds like he needs to write a book about his crazy life.

“I’ve lost my house, and now I’m fighting to stop my wife from taking my livelihood away from me. I’m done with older women.”

But he’s not done with hash, apparently.