Once Upon a Time has mommy issues. The drama has cast veteran actress Barbara Hershey in a role fit for a Queen. Hershey’s character will have a maternal connection to the show’s big bad. 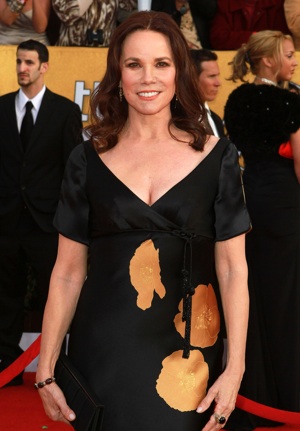 Once Upon a Time has hit the motherload. The fantasy drama has hired Emmy and Golden Globe winner Barbara Hershey for a pivotal role.

According to TVLine, the actress has been cast as the Evil Queen’s (Lana Parrilla) mother. Hershey will make her first appearance later this season, and is expected to stick around for a recurring story arc.

Even though Once Upon a Time hasn’t been officially renewed, Hershey’s role will expand well into the second season.

Over the past few weeks, the show has fleshed out the fairy tale background of several of its characters.

We’ve met Prince Charming’s adoptive father, who’s played by Lost‘s Alan Dale, and this week we were introduced to Snow White’s proud papa Richard Schiff (The West Wing). It was only a matter of time before the writers shook the Evil Queen’s family tree.

Hershey is no stranger to playing the mother of an ego-driven daughter. In 2010, she appeared on the big screen in the acclaimed film Black Swan, where she played Natalie Portman‘s mom. She previously earned an Oscar nod in 1997, for her performance in The Portrait of a Lady.

Once Upon a Time is firing on all cylinders. When it debuted last fall, it became one of the highest-rated new dramas of the season. ABC is expected to officially announce its renewal later this spring. Judging from its strong numbers and growing fanbase, a second season seems inevitable.

What do you think of Barbara Hershey as the Queen’s Mother?