Don Cornelius, the man who created and hosted the urban dance program Soul Train, is dead at 75. Cornelius was found dead in his Sherman Oaks, California home this morning and law enforcement sources say it appears he committed suicide. 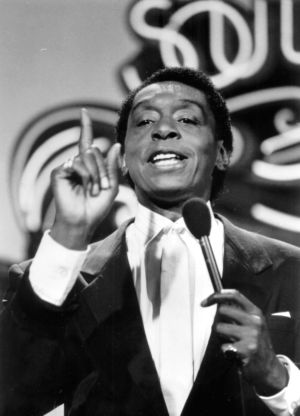 Sad news has hit the world of music.

Don Cornelius, the man behind the classic urban dance show Soul Train, was found dead in his Sherman Oaks, California home this morning.

Cornelius, who was best known as the host and creator of Soul Train, died Wednesday morning from an apparent self-inflicted gunshot wound to the head, My Fox Los Angeles sources say.

He was discovered by police at his home on Mulholland Drive around 4 a.m. local time. The television icon, 75, was transported to a nearby hospital, where he was pronounced dead.

Los Angeles cop are investigating, but there is reportedly no sign of foul play.

Soul Train — sometimes dubbed the “Black American Bandstand” — debuted in 1971 and ran until 2006. Cornelius hosted the show from its inception until 1993. He was ultimately replaced by sudster stud Shemar Moore.

In a rare interview with Time Out Chicago in 2011, the Windy City native spoke about being moved to create Soul Train in hopes of giving “Black talent… an opportunity to get national television exposure.”

Gossip gawkers got their first glimpse into what had become Cornelius’ troubled life during his tumultuous divorce from his then-wife Viktoria. The couple’s seven-and-a-half year marriage ended bitterly in 2009, after his former wife filed two restraining orders against Cornelius.

The media pioneer was later convicted of spousal battery. At the time, Don told a Los Angeles judge that he was suffering from “significant health issues” and wanted to “finalize this divorce before I die.”

In the years leading up to his death, Don had a stroke and was forced to undergo brain surgery.