Drew Barrymore is known for always being cheerful and bubbly, but with a ring on her finger and love in her heart, the Big Miracle star has even more to smile about. What’s the movie star’s secret to staying so grounded? 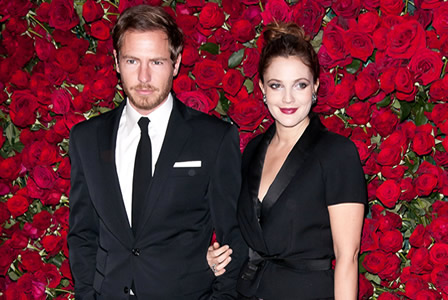 It’s that time of year again: love is in the air. When SheKnows sat down with Barrymore to discuss the love in Big Miracle, she seemed rather zingy about her own upcoming Valentine’s Day and what she thinks is the perfect way to celebrate.

Showing off her new engagement ring and her naturally vibrant personality, Drew Barrymore was the picture of bliss.

“I just try to remember what’s important and just keep everything balanced,” Drew told SheKnows about the key to her happiness. “Do the things that I love and be around the people that I love the most.”

At the top of that list is Barrymore’s new fiance, art consultant Will Kopelman. The couple got engaged over the holidays in Sun Valley, Idaho after dating for approximately a year.

Read more about the couple’s engagement >>

Kopelman popped the question with a radiant-cut diamond sparkler by Graff, which Barrymore is apparently still getting used to, as the actress continued to twist it around her finger absentmindedly while we chatted about the film.

The 1941 classic, Sullivan’s Travels, as the perfect movie for any couple to watch this Valentine’s Day.

The actress just snagged a 12-month gig as a curator with Robert Osborne for The Essentials & Turner Classic Movies.

In Big Miracle, Barrymore plays a free-spirited animal activist, pulling off the no-makeup look perfectly. As a low maintenance beauty herself, we asked Drew how she does it, and once again her newly-engaged joy was obvious.

“I think that if you’re happy on the inside, that is the most important place to start with looking and feeling your best,” Barrymore smiled. “And a good concealer!”

So with her first Valentine’s Day as a bride-to-be on the horizon, is Barrymore planning a special celebration?

“Of course!” she gushed to SheKnows. Drew told us she and her man will probably hit up an old revival movie, one of her favorite things to do.