Sean who? Scarlett Johansson is off the market — again. The 27-year-old screen star is cozying up to Manhattan ad man Nate Naylor. The couple was spotted on a day date in the Big Apple over the weekend. 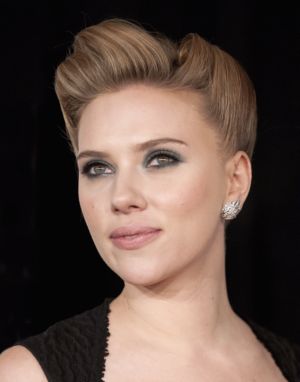 Scarlett Johansson has snared herself a hunky new hottie.

The rumored man-eater, 27, is reportedly snuggling up to New York advertising executive Nate Naylor, 38, on the heels of her split from actor Sean Penn. Naylor, a native of Arizona, is a freelance creative director and art director in Manhattan. He lived in Amsterdam for several years while working at various ad agencies.

Insiders tell The New York Post’s “Page Six” column that Naylor and Johansson met through mutual friends about six months ago. They began dating shortly thereafter, but have done a good job of flying under the lenses of the paparazzi.

“They’re keeping it very, very low key. He’s not one for the limelight and fame and she likes that about him,” a source spilled to Radar Online this week.

“Nate… has a lot of famous friends in the New York art world. He and Scarlett have had dinner with the fashion photographer Terry Richardson a few times,” the insider added.

Apparently, Scarlett and Nate have a “real connection” and are spending up to five days a week together. Whispers of a romance began when hoots emerged of Naylor and Johansson wandering around Manhattan this weekend with their arms around each other.

ScarJo is said to be so smitten with Nate that she’s putting the kibosh on a planned move to Britain. Eager to avoid any run-ins with ex-hubby Ryan Reynolds and his new girl, Gossip Girl’s Blake Lively, Scarlett had reportedly been considering a move to London in the months before getting serious with Nate.

“Scarlett doesn’t want any awkward run-ins with Ryan and Blake in New York,” said a friend who helped the actress find a real estate agent across the pond. “She was always a little uncomfortable about the fact that Ryan and Blake worked together while she was still married to him.”

Ryan and Scarlett finalized their divorce in June. They recently placed their marital home in Los Feliz, California on the market for $3.65 million.