Singer/actress Miley Cyrus tweeted that she cracked her tailbone this week while attempting to do a front flip on the sofa. Ouch! 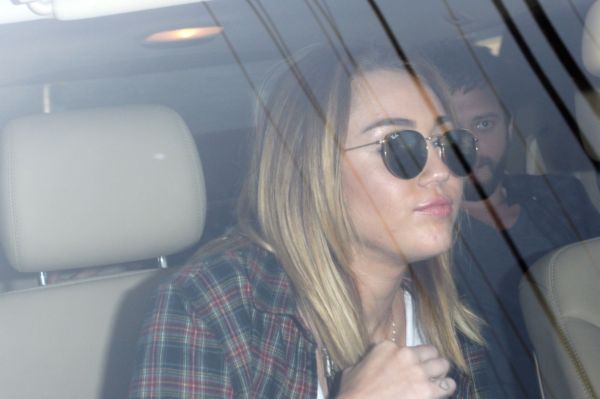 Nope, that isn’t just an attempt at an attention-grabbing headline: Miley Cyrus has indeed broken her rear end.

The accident-prone singer/actress is recovering after cracking her tailbone on Monday night.

Where did we get this news? Why, from Miley herself, of course.

Miley was messing around at home when she landed awkwardly and cracked her tailbone attempting a front flip. The former Hannah Montana star then decided to share her misery over the unfortunate mishap with the entire world via Twitter.

“Cracked my tail bone doing a front flip… on to the couch. That’s like when i tripped over a pillow and broke my arm. #OnlyMe,” the 19-year-old ex-Disney darling tweeted in a posting early Tuesday.

This isn’t the first time the clumsy star has hurt herself around the house: Miley once slipped in the kitchen and broke an arm!

Of course, Miley is just one in a number of celebrities to have suffered embarrassing injuries to their posterior. Robert Pattinson‘s career as a vampire got off to the worst possible start when he got a boo-boo on his bottom on the set of the first Twilight film.

“I got injured on the first shot of my first day on Twilight. I lifted Kristen and ripped my a** cheek,” the hairy hunk once revealed.

Pattz had to take time out from filming and undergo a rigorous course of butt massage (seriously) before he could continue shooting.

Here’s to hoping Miley’s back to doing what she does best — setting off photo scandals and making controversial comments — in time to accompany boyfriend Liam Hemsworth to the March red carpet premiere of The Hunger Games.

Cyrus will next be seen alongside Demi Moore in the comedy LOL: Laughing Out Loud. She’ll appear as a teenager who navigates the peer pressure of high school romance and friendship, while dodging her sometimes overbearing and confused parents.