FBI officials have launched an investigation into at least two death threats directed at the Twitter page of Real Housewives of Beverly Hills star Taylor Armstrong over the weekend. 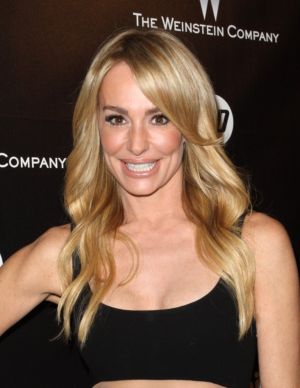 The Federal Bureau of Investigation (FBI) has been called in to investigate death threats sent to the Twitter feed of Real Housewives of Beverly Hills star Taylor Armstrong this week.

Armstrong contacted the FBI after receiving two death threats on the popular microblogging website on Sunday. An unknown user, using the moniker @hardboiledpeggs, threatened to kill the widowed socialite and her 5-year-old daughter, Kennedy, according to reports.

The culprit also left Armstrong a message threatening to “kidnap” her during a book signing event in New Jersey next week.

The pesky Tweeter has since deleted the frightening messages. But not before giving both Taylor and many of her online followers a good scare.

More than one person urged the blonde to contact the authorities. By Tuesday, she had done just that.

“These were credible serious threats against Taylor and her daughter, Kennedy. The tweets that were sent to Taylor have been turned over to the FBI,” a law enforcement tattle told Radar Online. “Taylor absolutely freaked out when she read the death threats.”

Taylor Armstrong was abused in front of daughter >>

Her safety, and that of her daughter, reigns paramount, tipsters say.

“Taylor will be consulting with security professionals and assess what changes she needs to increase. Her first concern when she got the threats was Kennedy, but her daughter is safe, and that is all that matters to Taylor. She will do whatever is necessary to protect herself and Kennedy,” the informant added.

“Taylor is assisting the FBI with the investigation and she wants the person responsible for the threats prosecuted.”

The Bravo reality personality still plans to appear at the Garden State book signing touting the release of her autobiography, Hiding from Reality: My Story of Love, Loss, and Finding the Courage Within, on Feb. 7.

The memoir recounts Taylor’s troubled life of alleged domestic violence at the hands of her late husband, Russell. The financial whiz was in the middle of a nasty divorce from Taylor when he committed suicide last August.