Savannah Miller, the younger sister of British actress Sienna Miller, says the star is expecting her first child with her beau of one year, Tom Sturridge. 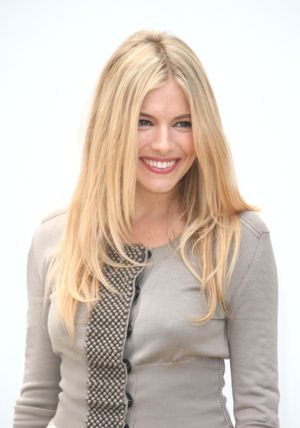 Though there’s been no official word from Sienna herself about the reports that she’s expecting a child with boyfriend Tom Sturridge, her sister and former Twenty8Twelve design partner has confirmed the baby news to British Vogue. Savannah Miller, a blogger for U.K. Vogue, says that her famous older sis is, in fact, pregnant.

“She [Sienna] is doing really well and we are all really happy about it, Tom is an amazing guy,” Savannah recently told the publication.

Miller, 30, has been dating the Pirate Radio star (and Robert Pattinson‘s BFF) for over a year.

Us Weekly first dropped the rumor that the blonde actress and her 26-year-old partner were expecting earlier this month. At the time, Savannah cryptically posted the message “THRILLED” on her Twitter account.

The alleged baby would be the first for both Sienna and Tom. The couple reportedly spilled news of their pending parenthood to family and friends just before the holidays — though those close to the twosome weren’t exactly “surprised by the news.”

Sienna has been romantically linked to everyone from hip-hop mogul Diddy to married actor Balthazar Getty. But her most famous love affair was with fellow famous Brit Jude Law. The beauty famously dumped Jude — then took him back — after the Sherlock Holmes star cheated on her with his children’s nanny in 2006.

The pair called it quits for good last February.