Inspired by a true story from 1988, Big Miracle is an amazing feat of human ingenuity and teamwork. 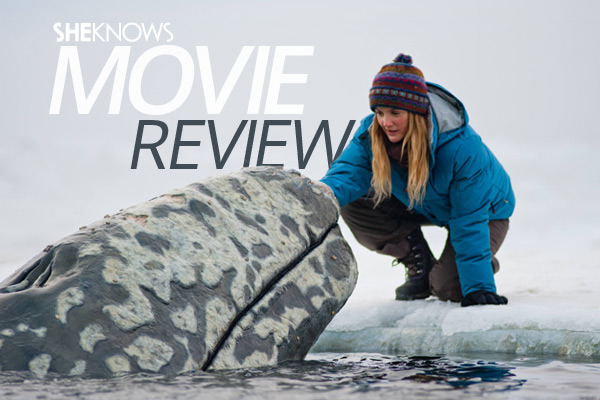 When three California gray whales become stuck in the ice in Barrow, Alaska, the local Inupiat people plan to harvest the whales for food. But stringy-haired Greenpeace organizer Rachel Kramer, played by a passionate Drew Barrymore, has other plans. A tree hugger who will risk her life to save the tiniest living creature, Rachel is on a mission to free these 35-ton, warm-blooded creatures from what is certain to become their icy grave. At perpetual odds with oil driller J. W. McGray, played by Ted Danson, she must swallow her pride and ask for his help when she discovers he is the owner of an icebreaking hoverbarge. He agrees to help, not because he cares about the whales, but because it will help improve his image with the local people. Rachel hates the idea that this guy will get credit for saving the whales, but she has no other choice.

Meanwhile, a young journalist named Adam Carlson, played by the ever-charming John Krasinski, scoops the story for the local news, which is soon broadcast across the nation. News reporters from around the world flock to the frigid tundra of Barrow, where the temperatures go as low as negative 50 degrees — yikes! When McGray’s hoverbarge fails to reach the whales, President Reagan throws in his support. In Reagan’s defiant cold war style, he asks the Soviets to lend their powerful icebreaker to the cause. And they agree.

Big Miracle isn’t just about the plight of three trapped whales, it is also about opposing forces coming together for a common good. Though many of the parties involved have ulterior motives, the film doesn’t lose sight of how these disparate characters strategically join forces to rescue three intelligent, majestic mammals. Barrymore is perfect as the crunchy-granola Rachel, full of passion and empathy. In a beautiful act of courage and curiosity, she dons a wetsuit and dives into the icy water to swim with the whales. This scene is dream-like and otherworldly; really CGI at its best. While a story of life and death, the movie manages to keep a sense of humor about it, particularly when a helicopter pilot’s eye freezes shut and John Krasinski must lick it to avoid crashing. And the filmmakers manage to add a jaunty cameo of Alaska’s own Sarah Palin — you betcha!

Bottom line: Big Miracle is an inspiring film the whole family will enjoy and no doubt chat about for days to come.