Michael Jackson and Rachel’s big answer! Glee couldn’t have been hotter this week! Read on to get all the juicy details! 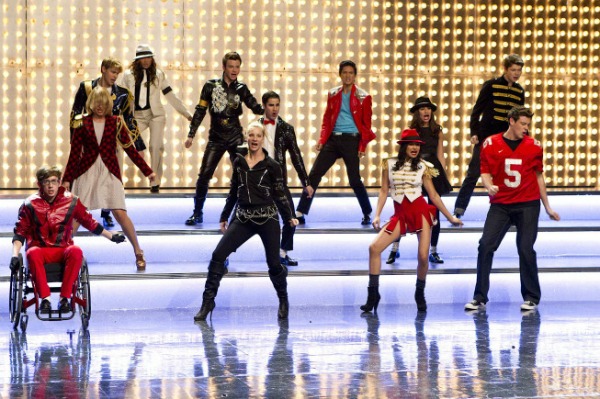 The Glee kids took the music of Michael Jackson on a high school journey this week and it turned out to be a pretty spectacular one.

Ryan Murphy and the gang at Glee did exactly what we hoped they’d do: They made the goal of the show to pay homage, not to imitate.

So, what was on Glee‘s playlist? MJ’s “Smooth Criminal” was the backdrop for a fierce face-off between Sebastian and Santana, while “Wanna Be Startin’ Somethin”’ and “Bad” paid tribute to the baddest moonwalker there ever was.

There was also “Scream” and a host of other classic Jackson tunes scattered throughout the episode. 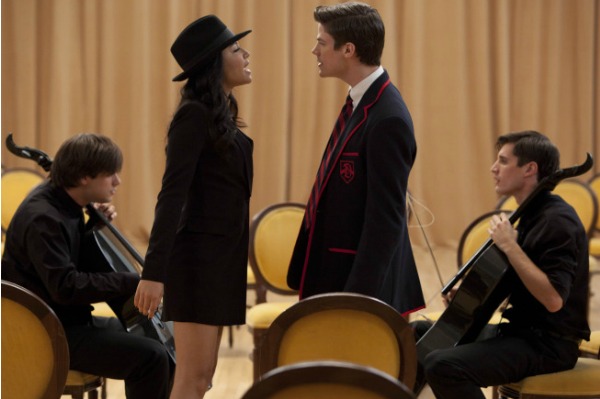 Here’s what went down…

The Warblers were in rare form this week, challenging and taunting the New Directions, but after crossing the line with an injury-inducing slushie to Blaine’s eye, the McKinley kids had enough.

We almost lost it watching Artie and Mike Chang duet on “Scream.” The coolest was the “Black or White” finale, which outed Sebastian as a crummy leader.

Okay, we know you want to know what Rachel’s answer to Finn’s proposal was.

She said yes to the tune of “I just Can’t Stop Loving You.” Here’s the problem: She and Kurt were both accepted as finalists to NYADA.

When she said yes to Finn, she was under the impression she didn’t make the NYADA cut.

Uh-oh! Rachel’s in a pickle.

What did you think of Glee‘s Michael Jackson tribute? How about Rachel’s answer?

Would the King of Pop be proud?