When One For the Money’s Leonardo Nam isn’t starring in films next to powerhouse actors like Katherine Heigl and Jennifer Aniston, he enjoys a good laugh… and some pancakes, please. 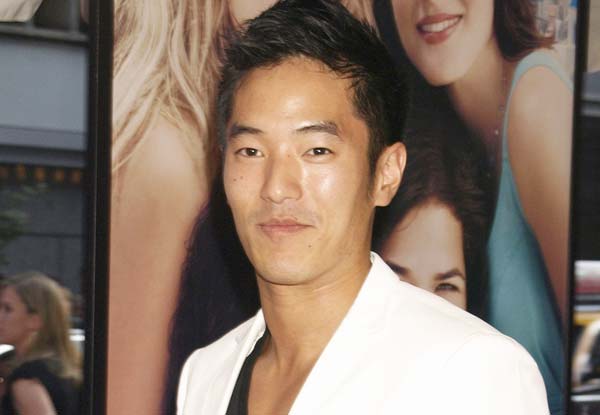 Move over, Leonardo DiCaprio. There’s another Leo climbing the ranks of Hollywood.

Leonardo Nam, whom you might recognize from his roles in He’s Just Not That Into You, Sisterhood of the Traveling Pants and, most recently, One For the Money, has managed to stay under the radar so far. But with names like “Katy” Heigl and Drew Barrymore in his roster of co-stars, the former Sydney, Australia native is rapidly building a successful career. Speaking of building, he has an architecture degree from the University of South Wales (see sidebar). We sat down for a chat with Leo to get the inside scoop on what it’s like working behind the scenes with Tinseltown’s elite.

How was it working with actress, Katherine Heigl in One for the Money?

On your iPod right now:

Florence and the Machine,Ceremonials album.

I love sleeping diagonally on a king-size bed.

Best thing to do on a Friday night…

Laugh your a*s off.

She’s an amazing actor to work with. She gives you so much to play with, and that’s the best thing when working with any actor. She’s so smart and hilarious, too!

One For the Money is based on a wildly-popular Stephanie Plum book. Did you read it? How does the film differ from the book?

Stephanie is a great character, and Katy does a great job in making her lovable and fun while being so invested in her journey. Like any adaptation, the movie will differ in parts to the book, but I think the fans of the books will not be disappointed.

Who were some of your favorite celebs to work with so far in your career?

Loved working with Drew Barrymore. She’s like your best friend. Jennifer Aniston is so lovable, she’s a sweet heart and so down to earth, and Scarlett [Johansson] is a fun actress to work with, but I had a great time with Katy on One For The Money.

What made you do the jump from studying architecture to acting?

I never wanted to live in the “what if…” of life. I wanted to explore that aspect of me that I knew was calling me. I had to own up to my instinct telling me I had to at least try. So I did.

If you had stayed in Australia with your architecture degree, where do you think you would be now?

I think I would not have lived as rich a life as I do now. I knew this was something I had to try, and I would not have been happy unless I did. I’m so glad I took that leap of faith in myself.

What would you include in the design of your dream house?

If there is one actor, dead or alive, that has inspired you and you would want to meet? Who would it be and why?

I would love to be able to talk to Sidney Poitier. I think he was able to defy the odds and blaze a new trail. I think we are all still standing on his shoulders today.

What are some of your favorite activities when you aren’t shooting a film?

Traveling. It’s my number one favorite thing to do. There are so many things to do and see!!! What a world we live in, huh! It always amazes me.

You give out dating advice often on your Twitter feed, what is the number one tip you have for those looking for love?