Candy Land is coming to a theater near you. The popular board game is being turned into a live action film with funnyman Adam Sandler. The actor will star in and produce the adaptation for Sony’s Columbia Pictures. 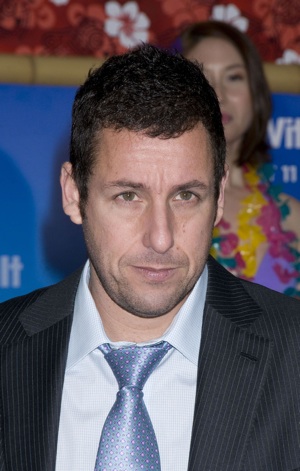 Columbia Pictures has found a leading man for their big screen adaptation of Candy Land — Adam Sandler. The Jack and Jill star has signed on to headline the film, which is based on the popular Hasbro board game.

Not only will Sandler star in Candy Land, but he’ll also write the script (alongside Robert Smigel) and produce it via his Happy Madison banner. The film will be directed by Kevin Lima, who previously worked on Disney’s Enchanted.

“Candy Land is more than just a game. It is a brand that children, parents and grandparents know and love,” he said.

“The world of Candy Land offers an extraordinary canvas upon which to create a fantastical, live-action family adventure film with a larger-than-life part for Adam. We are thrilled to partner with Hasbro and Happy Madison on this project.”

Hasbro is milking their biggest properties and turning them into movie franchises. First there was the Transformers films (which grossed over $1 billion worldwide), and now there’s Battleship, Stretch Armstrong and the aforementioned Candy Land.

Battleship is produced by Universal Pictures, and rumored to cost over $200 million. The film is directed by Peter Berg and scheduled to hit theaters May 18.

As for Stretch Armstrong, the film is in development and slated for release in April 2014. Twilight star Taylor Lautner was originally attached to play the hero, but has since dropped out.