Are You There Vodka? It’s Me, Chelsea by Chelsea Handler 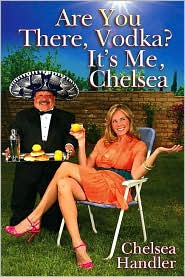 Chelsea Handler blew onto the scene with a fast-talking, celebrity slamming, says what she thinks attitude, on her late-night comedy show Chelsea Lately, on the E! channel. She quickly rose in the ranks of strong females and her bestselling novel Are You There Vodka? It’s Me, Chelsea is now a TV show on NBC, featuring Chelsea Handler herself. Never afraid to cross the lines, Chelsea dives into territories other celebrities might try to leave behind: mainly, her sex life, her stint in jail and then back to her sex life. A comical novel that shines with her unique voice, this story is one to check out.