When hot Henry Cavill goes on vacation with his parents in The Cold Light of Day and finds them kidnapped, he’s tasked with saving the day. 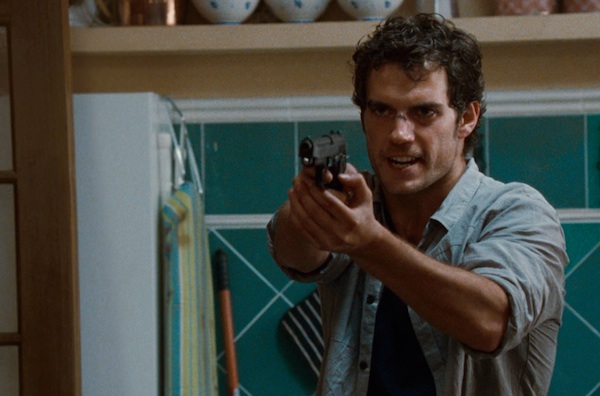 It used to be the parents who went into a action when their child was kidnapped, but in the new thriller The Cold Light of Day, starring Bruce Willis, this time the kid is tracking down mom and dad.

And that kid is Henry Cavill. You might recognize him as Theseus from this fall’s Immortals. The buff Shakespearean-trained actor seems more than capable of finding out what happened to his parents.

After returning from an outing to find their holiday boat empty, Cavill’s character soon discovers that something is wrong, very wrong. Unfortunately, the only clues to the disappearance are blood stains and a mysterious man who seems to know a lot more about mom and dad than anyone would dare to guess.

But this will be no heavy task for Cavill, who just recently finished filming Superman. Yep, this is your future Clark Kent, ladies. Oh, and he also played The Hunter in Red Riding Hood. So, don’t be surprised when this scruffy 28-year-old British actor foils the bad guys to save his father, played by Bruce Willis and his mother, played by Caroline Goodall. The best part will be in watching him do it. Rumor has it James Bond is next for this adorable hottie. There’s nothing he can’t handle.

Things get sticky when Sigourney Weaver shows up with a bit too much information. Can she be trusted? That remains to be seen. This is the second parents-aren’t-telling-the-truth-spy movie for Weaver of late. She also starred in the 2011 Taylor Lautner thriller Abduction.

But the question remains, will Cavill save his parents? We hope so! Check out the debut of this hot trailer for The Cold Light of Day, which opens in theaters April 6.